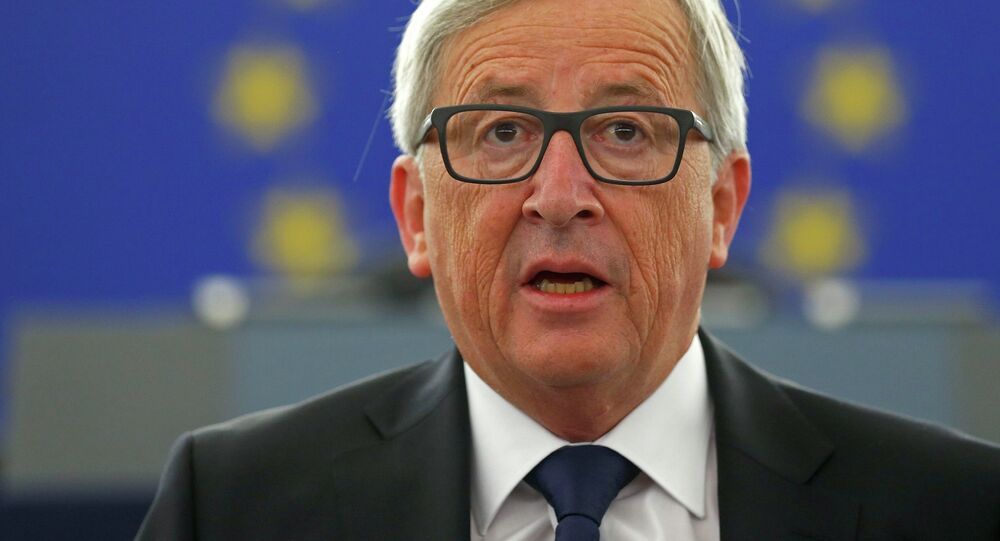 Austrian Chancellor Christian Kern criticized the position of the European Commission President Jean-Claude Juncker on continuation of talks between Ankara and Brussels on visa-free regime introduction and possible accession of Turkey to the 28-nation bloc.

© AFP 2020 / ADEM ALTAN
Turkish PM Warns EU of Escalation of Refugee Crisis Unless Visa Regime Eased
VIENNA (Sputnik) — On August 21, Juncker said that negotiations with Turkey should continue despite the existing difficulties between the two sides, though there was no consensus on this issue in Turkey. He added that Brussels could abolish visas for the Turks only if Ankara implemented all the conditions demanded by the European Union.

"The negotiating process, which is considered as panacea for Turkish accession to Europe, has not brought anything. Turkey is [moving] further and further away. If anyone, as Juncker does, promises to the Turks that we will conduct talks with you and at the same moment says that Turkey will not join in any case, then it is not a reasonable stance in regard to either Turks or Europeans," Kern said in an interview with the Oesterreich daily newspaper published on Saturday.

At the same time, Kern added that he considered Ankara a partner, but in a quite different form of cooperation.

Earlier in August, Kern called on the European Union to discuss quitting accession talks with Turkey, as Ankara's economic measures were not in line with the standards of the 28-nation bloc and because of repressive measures taken by Ankara following a thwarted coup attempt.

Turkey Ready to Cooperate With Council of Europe on Coup Investigation