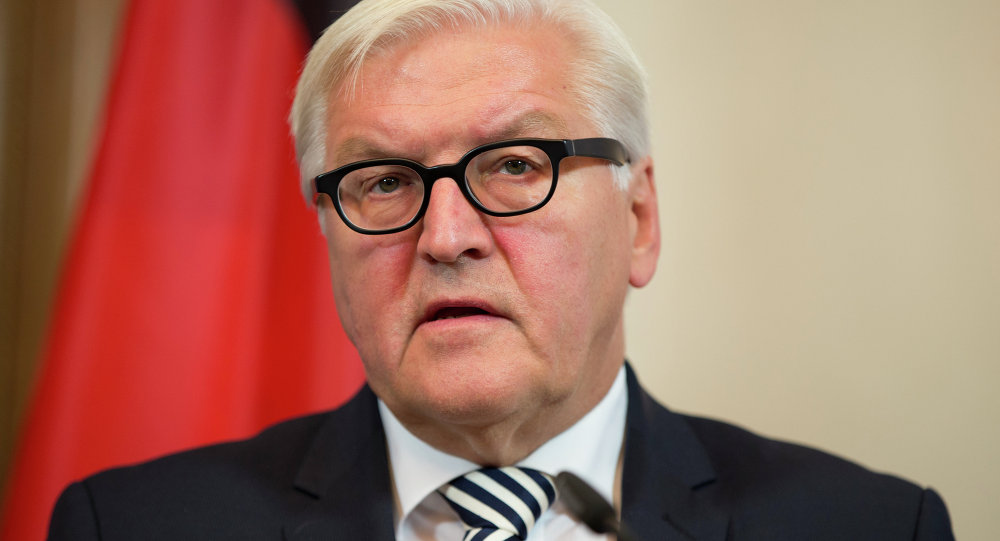 German Foreign Minister Frank-Walter Steinmeier stated that security in Europe is under serious threat and proposed to resume arms control. In his article for the newspaper FAZ, the politician said that the confrontation between the two blocks, which seemed to have been overcome a long time ago, has once again appeared on the agenda.

The restart of the arms control is a "proven means for transparency, risk prevention and confidence building," Steinmeier wrote. To all, who "want to take responsibility for Europe's security", this could be a good opportunity for cooperation, he added.

"Therefore we want a structured dialogue with all partners responsible for the security of our continent," the foreign minister wrote.

Steinmeier also stressed that relations with Russia should be based on a dual strategy, which includes deterrence and dialogue. At the same time, he added that Germany should offer Russia concrete cooperation otherwise "the balance will be lost."

The minister also stated that peace in Europe in the past two decades has been taken for granted.

"Now, there is again a deep gap that formed between Russia and the West, and I fear that we can't overcome it quickly, even if we make the most serious effort," Steinmeier stated.

© Sputnik / Alexander Vilf
Germany’s Steinmeier Says Upset About Stalled Syria Peace Talks
The German Foreign Minister repeatedly called for maintaining dialogue with Moscow, viewing anti-Russian sanctions introduced by Western countries as inefficient. He suggested that the sanctions should be relieved in the event of progress in the implementation of the Minsk agreement on the settlement of the Ukrainian conflict.

In 2014, relations between Russia and the European Union deteriorated amid the crisis in Ukraine. Brussels, Washington and their allies introduced several rounds of anti-Russia sanctions over Crimea's secession from Ukraine, accusing Moscow of meddling in the Ukrainian conflict. The Russian government has repeatedly denied its involvement in Ukrainian crisis and introduced a food embargo against EU countries in response.

Steinmeier Ready to Ignore Those Who Humiliate 'Russia-Understanders'

Steinmeier Plans to Discuss Ukraine, Syria With Lavrov on August 15 in Russia