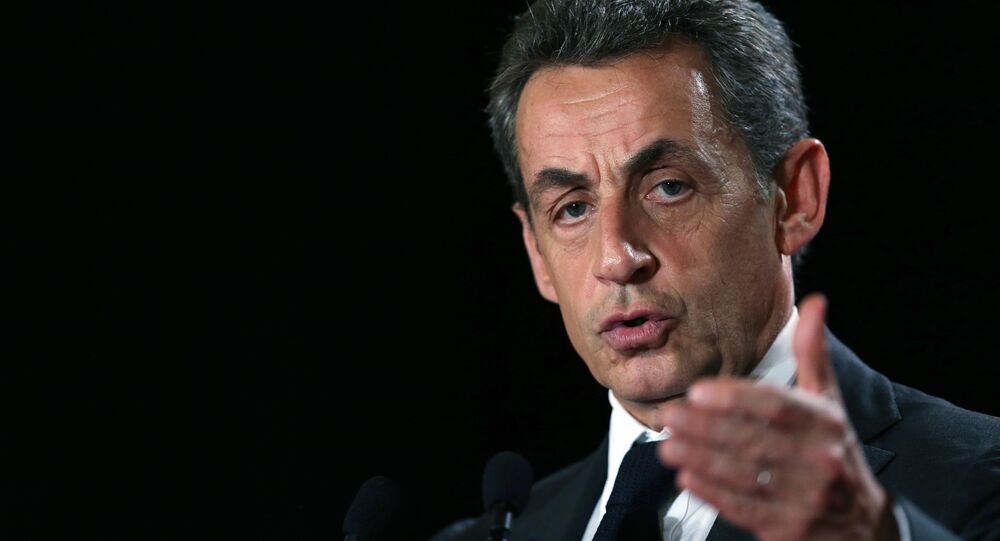 Former French President Nicolas Sarkozy may lose center-right votes in his campaign ahead of the 2017 French presidential election due to his far-right rhetoric, Nicolas Dhuicq, a member of the French National Assembly from The Republicans (LR) party, told Sputnik on Friday.

MOSCOW (Sputnik) — Sarkozy announced on Monday his decision to run in 2017 presidential elections in France. Following the announcement, Sarkozy expressed support for the controversial burkini Muslim swimwear bans imposed by several French Riviera cities and pledged to stem immigration to the country.

"Politicians of the center-right may urge their electorate not to vote for Sarkozy because he has failed once or because he is too emotional or because his ideas are too near to the far-right National Front. However, it is still very early and things can change very fast," Dhuicq said.

© AFP 2020 / FETHI BELAID
Former French Leader Sarkozy Calls for Nation-Wide Burkini Ban
Sarkozy is likely to win his party's presidential nomination but will probably lose the final election due to the potential for votes to be lost if "someone from the center of the center-right will try to run in the presidential elections," Dhuicq added.

Nicolas Sarkozy was president in 2007-2012, during his tenure as head of state he pushed through measures to curb irregular immigration and also oversaw number of unpopular reforms, including raising the retirement age from 60 to 62, relaxing the 35-hour working week and altering the tax system to encourage overtime and home ownership.