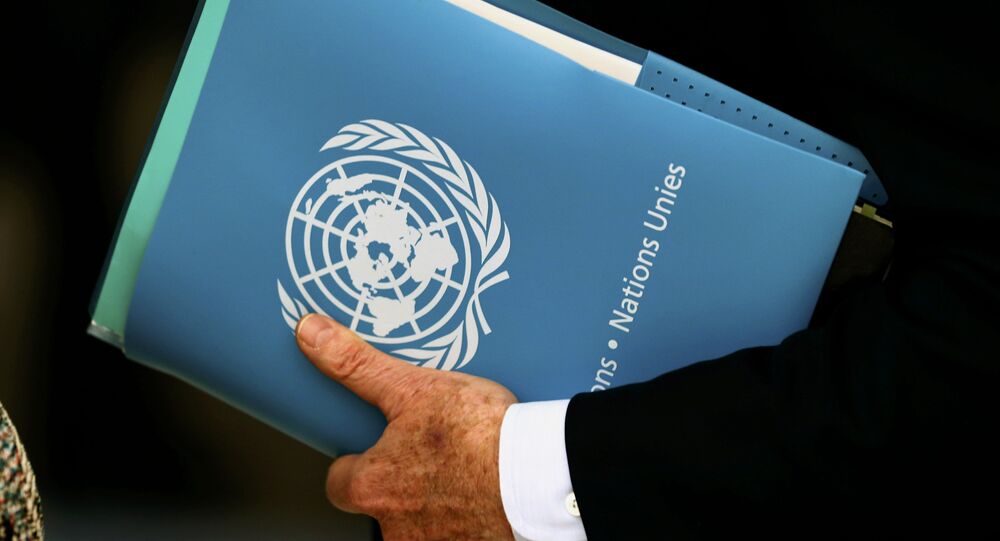 Russian proposal to draft a UN convention against chemical and biological terrorism is vital in the light of chemical attacks by Daesh terrorist group, Russia’s permanent representative to the United Nations Vitaly Churkin said.

"As the Islamic State [Daesh] took control over industrial capacities for chemical weapon production, and the threat of its expansion throughout the Middle East is daunting, there is a good point in favour of the Russian initiative to draft international convention against chemical and biological terror attacks," Churkin said at the meeting of the UN Security Council on Tuesday.

According to the Russian diplomat, the draft document should define and outlaw terror attacks of such nature to suppress spread of chemical weapon.

"The threat of chemical and biological terrorism is sweeping and crossing borders. The urgency to intensify fight against terror attacks is so high that Resolution 1540 is insufficient," Churkin added.

UN Security Council's Resolution 1540 of 2004 bounds member states to refrain from supporting non-state actors in production, proliferation and use of nuclear, chemical and biological weapon. On Tuesday, UN Secretary-General Ban Ki-moon urged to tighten control provisions of the resolution.