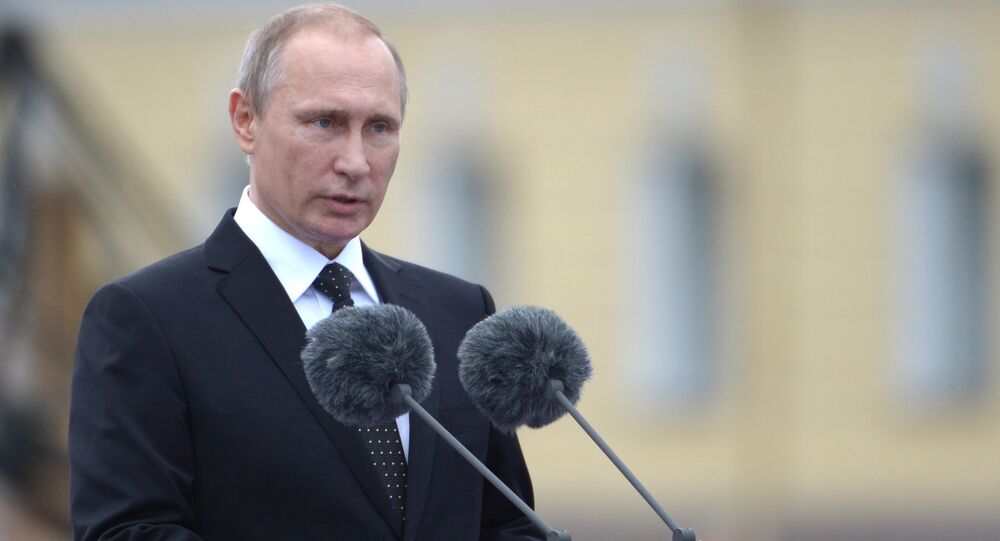 Russian President Vladimir Putin said Friday that the attempted terror attack in Crimea was carried out by Kiev out of its unwillingness to fulfill Minsk agreements.

BELBEK AIRPORT (Sevastopol), (Sputnik) — Last week, Russia's Federal Security Service (FSB) said that it had eliminated a spy ring organized by the Ukrainian Defense Ministry in Crimea, which was preparing acts of sabotage on "critical and life-supporting elements of the peninsula's infrastructure."

"It is clear why it was done, they [Kiev] do not want or are unable to implement Minsk agreements for whatever reasons. And they cannot explain to their own people the significant lapses in socio-economic policy," Putin said at a security council session.

© Sputnik /
Putin: Foiled Attack in Crimea Worrying, Kiev Resorts to Terror Instead of Ukraine Settlement
Kiev has been conducting a military operation against Donbass independence supporters since spring 2014, when they refused to recognize the new coup-imposed Ukrainian government and declared sovereignty.

"It seems that our partners in Kiev decided to escalate the situation, and it is clear why they decided to do it. The method of escalating the situation is well known and has been used for a long time. Sometimes it works, sometimes not," Putin said at a Russian Security Council briefing in Crimea.