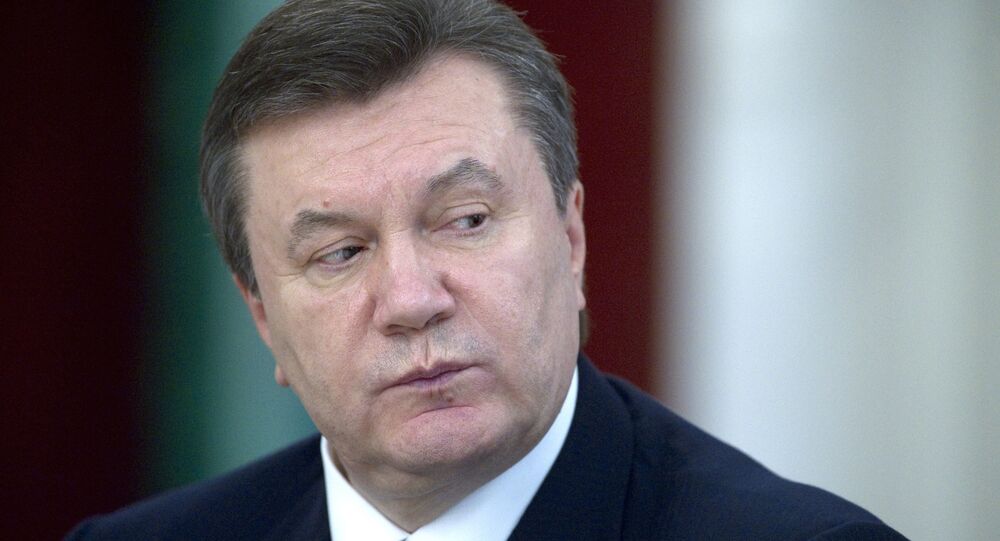 MOSCOW (Sputnik) — Earlier in August, Ukrainian Ministry of Justice said that Kiev court had sent the request to Russia, which was later confirmed by the Yanukovich's lawyer Vitaliy Serdyuk.

"The Russian Ministry of Justice received the request of the Sviatoshynsky District Court in Kyiv from the Ministry of Justice of Ukraine with a reference to the European Convention on Mutual Assistance in Criminal Matters 1959 and the Convention on Legal Assistance and Legal Relations in Civil, Family and Criminal Matters 1993 to conduct the interrogation of Yanukovich as a witness using video conferencing systems," the press service said.

Earlier in the day, Yanukovich's lawyer said that his client addressed General prosecutor's Office asking for a video face-to-face interrogation with current President Petro Poroshenko and other Ukrainian top officials over the 2014 coup-related violence case.

Mass protests erupted in Ukraine after Yanukovych refused to sign an association agreement with the European Union. The government of Yanukovich was toppled after months of protests in Kiev's landmark Maidan square in February 2014.

During the clashes between the security forces and the protesters more than a hundred people died. New Ukrainian authorities headed by the President Poroshenko put the blame on Yanukovich.

Donetsk, Kiev May Agree on Forces Withdrawal in Near Future

New Normandy Four Leaders Meeting Not Expected in Near Future