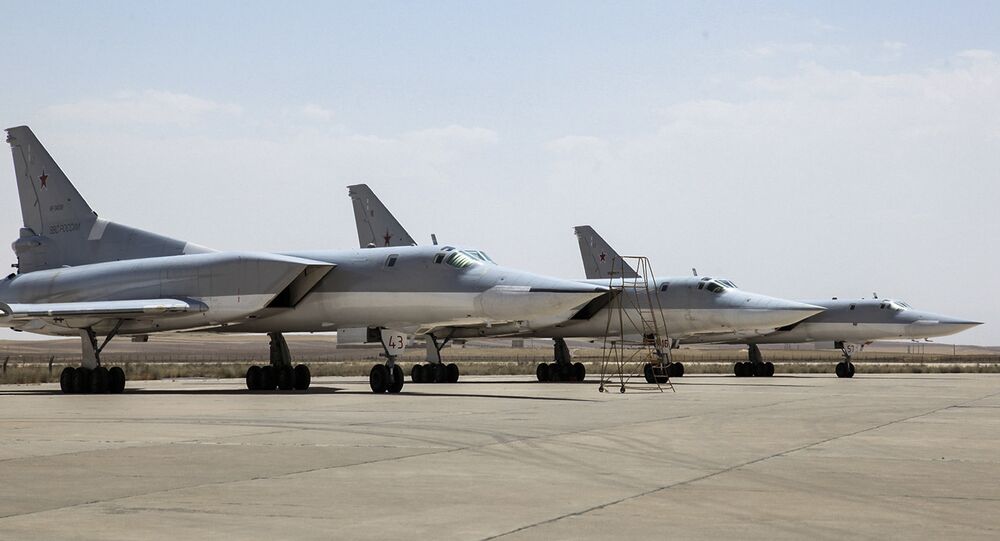 Russian Foreign Minister Sergei Lavrov said that Moscow is not violating a UN Security Council resolution by deploying jets to Iran to carry out strikes against terrorists in Syria.

"There is no reason to suspect Russia of violating 2231 UNSC resolution," Lavrov said Wednesday.

"According to this resolution, supplies, sale and transfer of certain types on weapons, including combat aircraft, should be agreed with the UNSC. In the case we are discussing, there were no supply, sale or transfer of combat jets to Iran. These jets are are used by the Russian Aerospace Forces to conduct an anti-terrorist operation in the Syrian Arab Republic at the request of the legitimate Syrian leadership."

© Sputnik / Grigory Sysoyev
Russian Su-34 Jets Deployed in Iran Conduct Strikes Against Daesh in Syria's Deir ez-Zor (VIDEO)
The Russian Defense Ministry confirmed on Tuesday that it had deployed Tu-22M3 bombers and Su-34 strike fighters in Iran and these aircraft have already been used to carried out airstrikes against Daesh in Syria.

Following the news, the US State Department said that it is studying whether Moscow violated a UNSC resolution by deploying jets to an Iranian airbase.

"If someone wants to find… [violations] concerning the remaining restrictions on trade and other communication with Iran, we should also study how a huge amount of cash from the US made it into Iran, why bank transfers from the US to Iran in dollars were made that is absolutely prohibited by the US law," Lavrov emphasized.

Lavrov added that parties involved should aim to find a solution to the Syrian crisis. The main task in Syria is to achieve coordination between Russia and the United States, the Russian top diplomat said.

Speaking of his phone conversation with US State Secretary John Kerry on Tuesday, Lavrov confirmed that specific mechanisms to bring to life the agreements reached during Kerry’s July 15 visit to Moscow are discussed across a range of formats.

Russia is discussing with the United States and the United Nations the possibility of creating additional corridors to deliver humanitarian relief to the besieged Syrian city of Aleppo, he added.