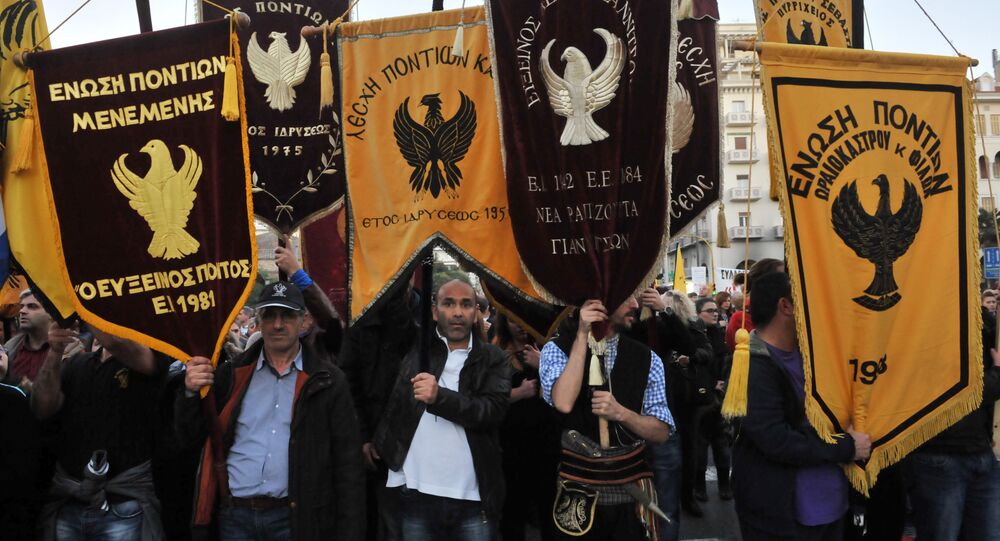 The Turkish Foreign Ministry on Tuesday decried Greek President Prokopis Pavlopoulos's demand for a Turkish apology over the Pontic genocide as irresponsible and damaging bilateral relations.

MOSCOW (Sputnik) — On Monday, Pavlopoulos stated that Greece would continue fighting for the recognition of the mass murder of Pontic Greeks by Turkey during World War I, as well as demanding a "sincere" apology from Turkey for the ethnic cleansing. The president also condemned Turkey's decision to close the Greek Orthodox Sumela Monastery in eastern Turkey for access on the Dormition of the Mother of God Orthodox holiday.

"The statement of the Greek President Pavlopoulos…is a demagogy, far from goodwill and responsible statesmanship," the ministry said in a statement.

© Flickr / Hernán Piñera
German Parliament Recognizes Ottoman Crimes Against Armenians in 1915 as Genocide
The ministry added that the Sumela Monastery was closed due to restoration works currently being carried out in the ancient building.

The term "genocide" is being used by for political leverage by Greece, the statement said, stressing that such a move is counterproductive to cooperation between the two countries.

Turkey Vows to Respond to Germany's Recognition of Armenian Genocide