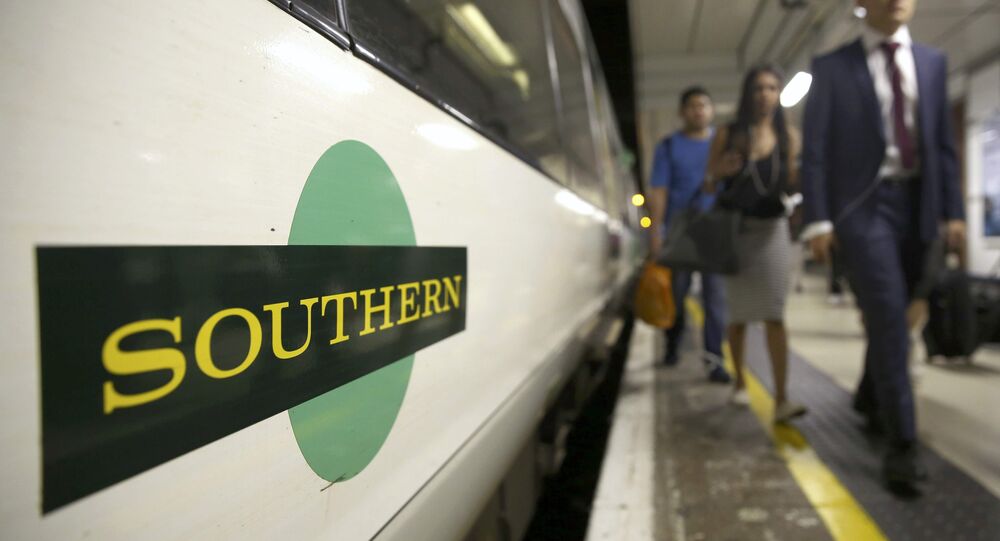 Rail fares have risen at double the speed of wages since 2010, according to new analysis by the Action for Rail campaign. This is pushing and increasing number of people to call for the railways to, once again, be nationalized.

© Photo : Rex Features
Robbed Blind: Why Britain Is So Expensive
Fares have risen by 25 percent in the last six years, but average weekly earnings have only gone up by 12 percent. It's time to end the rail rip off that is privatization. While our fares have gone up, dividends paid to shareholders of private train companies have risen to US$287 million in the last year an increase of 21 percent.

With the increase cost of fares, one would expert services to improve, however customers are actually getting less for their money.

"Our trains are often late, overcrowded and understaffed. There are cuts to services taking place across the network — driven by government cost-cutting. More ticket offices are closing, guards are being removed from trains, driver-only operations is being extended and there are fewer staff at stations to provide help when we need it. Southern Rail is an example of the abysmal services that passengers have to endure — at a high price," Sharon Sukhram, TUC Transport Policy Officer told Sputnik.

​The TUC believe that the government are to blame and say that they are "bending over backwards" to sustain the failed privatized railway. They've allowed Southern to cancel around 340 services per day, but Govia Thameslink Railway (GTR), which runs Southern, isn't in breach of its contract. The solution to all of these problems, according to the TUC is to allow the railways to be publically owned again.

"The way to deal with unfair rail far rises is to return the railways to public ownership. We saw how well this worked when the East Coast main line was taken into public ownership following poor management under a private franchise. Sadly the government made the decision to reprivatize the line last year. But for a while, it proved that our railways can be run better under public ownership, and can make profits that could be reinvested back into modernizing our railways, instead of going into the pockets of private shareholders," Sukhram told Sputnik.

However, according to the TUC, the government opposes public ownership, but three quarters of the rail network is run by foreign state owned/backed companies. Southern is part owned by French National railways SNCF.

Inflation up a bit — but spike in RPI measure which determines rise in rail fares — UP 1.9% pic.twitter.com/cEScZ3gx8v

The TUC is calling on customers to support the action to make the railways publically owned again.

​"We want rail travellers to support the Action for Rail campaign and to get behind the call for public ownership. Polling already shows that a majority support public ownership of train companies — so we need to make sure the government hears loud and clear that it is what passengers want. You can join the Action for Rail campaign at www.actionforrail.org," Sukhram said.