In a comment published on his official Twitter page, the former official stated bluntly that "if the Minsk peace process is over, we should supply Ukraine with anti-tank and anti-aircraft missiles to deter further Russian aggression."

If the Minsk peace process is over, we should supply Ukraine with anti-tank and anti-aircraft missiles to deter further Russian aggression.

​Sikorski, hired as an official advisor to Ukrainian President Petro Poroshenko last year, is well-known for his anti-Russian commentary, informed by neoconservative ideology. The former Polish official is married to Anne Applebaum, an American-Polish journalist who is well-known inside the US for her hawkish, stridently anti-Russian attitudes, and for suggesting in 2014 that Europe should prepare for "total war" with Moscow. 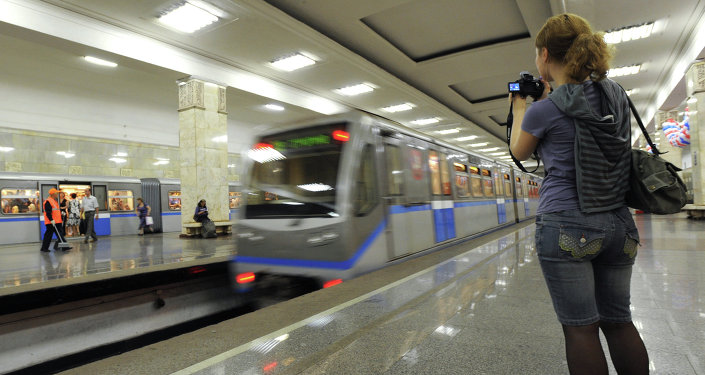 © Sputnik / Sergei Pyatakov
NATO-Linked Think Tank Calls for Poland to Attack Moscow Metro, RT and Sputnik
Sikorski is also one of the architects of the EU's Eastern Partnership initiative, which stretches across six nations in the former Soviet space, including Ukraine, and designed to expand the EU's influence in the region. He was also one of the officials signing his name to what was meant to be a compromise deal between then-President Viktor Yanukovych and Western-backed opposition leaders amid mass protests in Kiev in February 2014. A day after signing the agreement, Yanukovych was forced to flee Ukraine in fear for his life.

Sikorski has long-since labeled anti-Maidan activists in Ukraine's rebellious Donetsk and Lugansk regions as "terrorists," adding that the EU and NATO should take off the "kid gloves" in dealing with Moscow, up to and including threatening Russia militarily. He has been calling on NATO to provide Kiev with advanced weaponry since last year.

In Poland, Sikorski is the subject of numerous scandals, from alleged misappropriation of public funds, to the use of public servants for his own private ends, to a well-known scandal involving leaked tapes which forced him and other ministers to resign in June 2015. In the tapes, the official candidly described Poland's alliance with the US as "bull****." 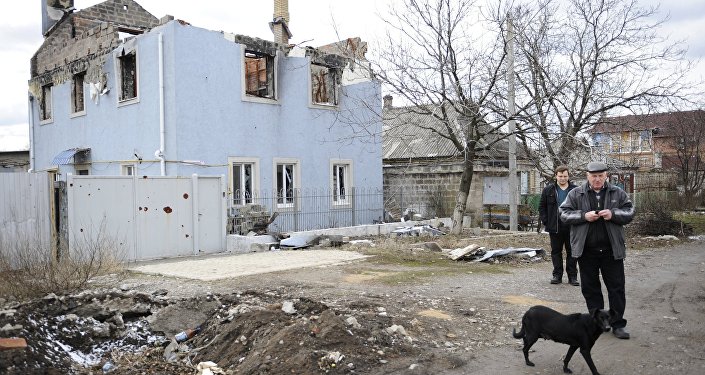 © Sputnik / Sergey Averin
Almost 500 Die in Donetsk From Kiev Shelling Since 2014
The Minsk peace agreement was signed in February 2015 in the Belarusian capital of Minsk between Kiev and eastern Ukraine's militia. The document stipulates a ceasefire, the withdrawal of heavy weapons from the warzone, and constitutional reforms inside Ukraine meant to give special status to the self-proclaimed Donetsk and Lugansk People's Republics.

In recent weeks, the conflict in eastern Ukraine has flared up, with Kiev and Western countries blaming Russia, which isn't even directly involved in the war, of trying to break the Minsk accords. Officials in the Donbass republics, and in Moscow, meanwhile, have accused Kiev of failing to live up to the measures outlined in the agreement, particularly the necessary constitutional reforms. Russian observers have also suggested that Kiev is deliberately using the civil war in the country's east to try to distract from mounting domestic problems.