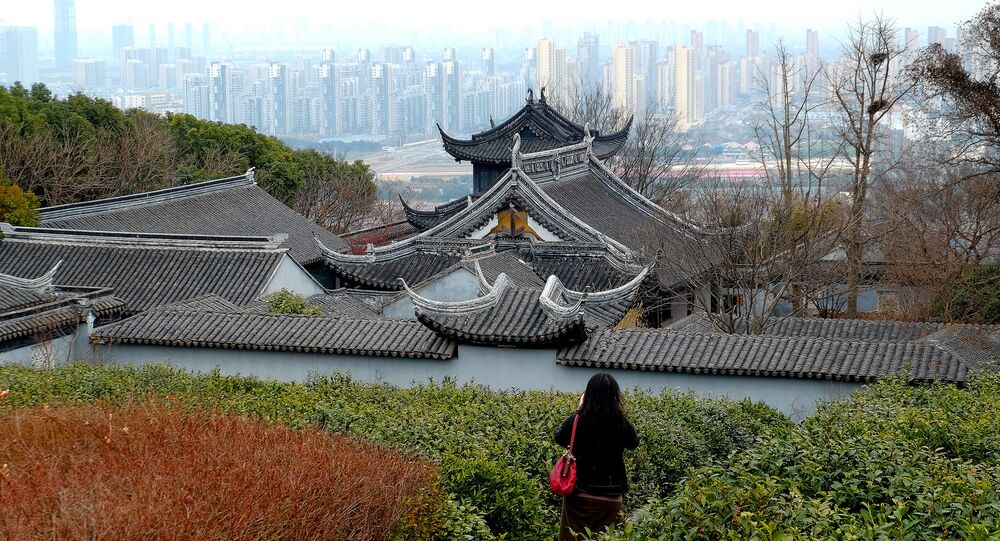 Ahead of the upcoming presidential elections in the US, New York-based political analyst Caleb Maupin shares his vision on some of American foreign policy issues, such as relationship with China: he is convinced that no matter who wins, the President elect will be assigned the task of intensifying the confrontation with Beijing. And here is why.

“Why do they hate China?” Caleb Maupin wonders in his article for the New Eastern Outlook website.

Republican nominee Donald Trump says he “dislikes China because it is undermining industrial jobs in the United States.”

However, the author says, the real reason that both candidates hate the most populous country in the world can be found when looking over the country’s economic history.

He then reviews the history of the country’s development, noting that back in 1949 it was known as the “sick man of Asia.”

“It had a very low life expectancy, an agrarian economy, massive illiteracy, and massive malnutrition. Most of the population lived in the countryside as serfs, semi-slaves who were basically the property of a land-owning aristocracy.”

It was nearly overwhelmingly addicted to opium, had no steel industry, and barely any domestic manufacturing. Impoverished Chinese women often worked as prostitutes in cities like Shanghai.

Many of the best parks on the Chinese mainland were reserved for Europeans, the author recalls adding that the signs in these parks famously read “No Dogs or Chinese Allowed.”

Although back in the 19th century it was a flourishing country which exported “gun-powder, noodles, advanced mathematics, astronomy, and other innovations”, in the 20th century it became dependent on the British Empire and the United States.

The Americans and the British produced commodities and developed strong domestic economies, and the Chinese population purchased from them, and remained in dire poverty.

“Each time China attempted to assert its independence, the forces fighting against foreign domination were portrayed as heartless monsters in western media. British and American soldiers were then dispatched to fight them under the auspices of protecting the innocent,” Maupin says.

He then recalls that the British Empire fought two “opium wars,” preventing China from erecting protective tariffs and stopping the flow of narcotics.

In 1900, the US Marine Corps was sent to China in order to squash the Boxer Rebellion, an uprising led by Chinese nationalists who boycotted foreign businesses, lynched drug dealers, and promoted indigenous Chinese religions.

The political analyst refers to US Marine Corp General Smedley Butler who once revealed what he saw as “the real reason that US troops had gone to China.”

“In China I helped to see to it that Standard Oil went its way unmolested,” he wrote. At gunpoint, China was forced to continue importing oil from the Rockefellers.

However, the country then went through some very dynamic changes.

The state-owned steel industry in China produces more than 50% of the world’s steel. Chinese corporations also produce over half of the world’s copper.

The government controlled “collective,” known as Huawei, is the largest telecommunications manufacturer in the world.

China is leading the world in developing eco-friendly products, and is home to the world’s top supercomputers, as well as the largest hydro-electrical power plant, known as the Three Gorges Dam.

China is also leading the world is high-speed train technology.

China’s state owned manufacturers are highly efficient, and the world market is now adjusting to the fact that so much production is taking place on the Chinese mainland.

Thus, “China has put western corporations into a painful position”: it has increased the supply of many key commodities, driving prices down.

In addition, its industries “have the ability to keep producing and expanding, despite a glut in the global market.”

The author also explains that many countries that once traded with the US and Western Europe almost exclusively now trade with China instead.

And cooperation with Beijing is very rewarding. It invests in the public infrastructure of it partners, unlike the World Bank and the International Monetary Fund, who “generally mandate the gutting of the public sector, and compliance with neoliberal economic policies. The result is the elimination of domestic enterprises and the dominance of foreign capital.”

“China has effectively transitioned from being an impoverished, dependent, and colonized country, to being the second largest economy in the world,” the author says.

© REUTERS / China Daily
Investors play cards in front of an electronic board showing stock information at a brokerage house in Shanghai, China, September 9, 2015

However, he adds, China’s economy has two key weaknesses: oil and natural gas. Approximately 57% of China’s oil is imported, which makes it vulnerable to foreign manipulation.

China imports oil from Saudi Arabia, Iraq, and Iran. And there is no oil pipeline connecting these countries to China.
And even though a certain percentage of China’s oil imports can come via pipeline from Russia and Kazakhstan,  most of its supply comes on oil tankers by sea, the South China Sea.

“The US has military bases in the South China Sea, giving it the ability to shut down the Chinese economy at any time,” the author suggests.

If US ships were to begin blocking oil tankers bound for the Chinese mainland, the People’s Republic would face catastrophe, he forecasts.

© CC BY-SA 2.0 / Aleksei
Russia Offers an Alternative to Washington's 'Interventionist Foreign Policy'
And while commodity prices are lower than ever, and the western corporations that once dominated the world market are losing billions of dollars every day, Beijing now maintains a huge slice of the market.

“The reason western leaders constantly demonize China is because the most populous country in the world is no longer an impoverished semi-colony. Unlike most of the “third world,” China now stands before the world stronger than ever,” Caleb Maupin suggests adding that the international bankers of the International Monetary Fund and the World Bank are now watching as China ebbs their position of global dominance.

And they intend to take it back, he says.

Therefore, he says, no matter who wins the election in November, the President elect will be assigned the task of intensifying the confrontation with China.

“China’s huge expansion of production, and its ability to keep plowing ahead despite the glut on the global markets, makes it a menace to the profits of western corporations,” he states.