Norway Can't Say If It's Better Off With or Without UK

Britain's withdrawal from the EU may have adverse consequences for Norway's future trade relations with both the EU and the United States, local experts warn amid the Nordic country's economic concerns. Ironically, the UK is not a welcome partner in the trade bloc Norway currently spearheads. 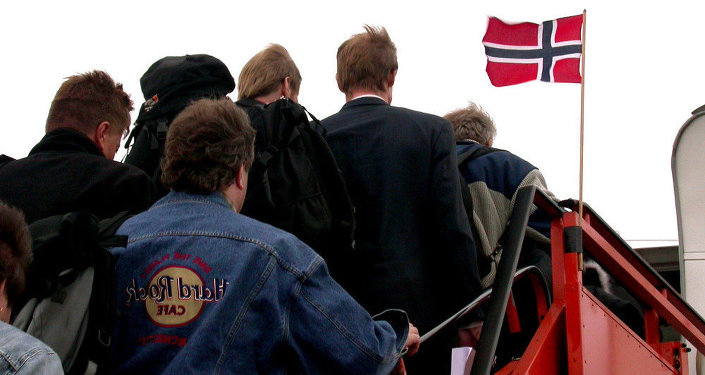 "With Britain out of the EU, the entire trade map is redrawn," Arne Melchior, senior researcher at the Norwegian Institute of International Affairs (NUPI), told Norwegian newspaper Aftenposten.

Melchior is a project manager for a government panel, appointed this winter to analyze the effects of Transatlantic Trade and Investment Partnership (TTIP) with the US. However, all competent bodies' attention has now been switched to Brexit's consequences, which in the long run may overshadow TTIP's seeming benefits.

"Despite being one of the most important countries, the UK is not automatically part of the final agreement, which is naturally going to affect the interests of both the EU side and the American side," Melchior warned.

© Flickr / Harald MM
Friends With Benefits: UK Strives to Become New Norway
With a UK outside the EU, it is only natural that models for the country's trade relations with the EU, the US and other countries be reshaped, he pointed out. According to Melchior, the UK after Brexit referendum has specifically emphasized the desire for a broader trade freedom.

"Some of the driving forces behind Brexit are too aggressive negotiators for free trade agreements, which differ from the agreements that the UK is currently bound by together with the EU," NUPI researcher said.

At present, it remains unclear which of the three scenarios becomes reality. One possibility is that the European Economic Area becomes an intermediate station for the UK en route the TTIP. Another option is that the UK re-negotiates all its trade treaties from scratch. The third model is that the UK joins the TTIP as a third party outside the EU, in the same way as Norway and Iceland joined the Open Skies Agreement between the EU and the US, Melchior continued.

© Wikipedia / Janter~commonswiki
Benefit of Doubt? Brits Unsure if Norway is Good Enough for Brexit
For Norway, as a maritime country, the issue of fishing remains one of the most acute problems on the agenda, both regarding Brexit and TTIP. Remarkably, those are quite different kettles of fish. In the case of Brexit, the question is about catch quotas, while TTIP is more about market access for Norwegian seafood.

Whereas researchers keep sounding the alarm about Brexit's negative effects, Norway's Europe Minister Elisabeth Vik Aspaker does not share the UK's enthusiasm for joining the ready-made trade bloc EFTA, a kind of a trade forerunner to the EU, founded in the 1960s. After most of its members were devoured by the EU, Norway, Switzerland, Iceland and Liechtenstein are the only countries left in the EFTA.

According to Aspaker, the UK's comeback to the European Free Trade Association could "disturb the balance of the organization," citing fears that such a large country's membership could undermine the bloc's stability, Aftenposten reported.