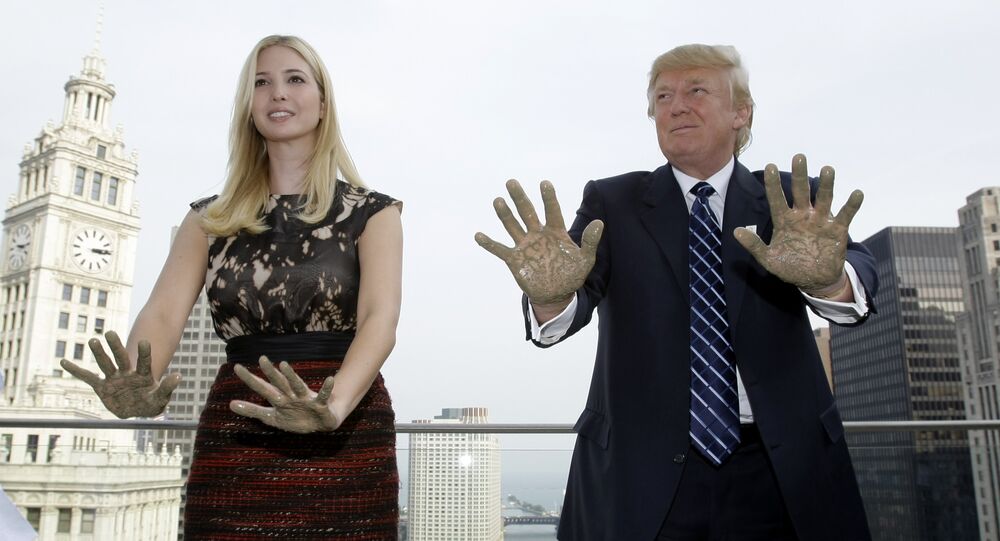 Controversial filmmaker Michael Moore isn’t a fan of the Republican presidential candidate, and he has let the potential First Daughter know of his feelings.

On Wednesday night, Republican presidential candidate Donald Trump continued his very bad month by calling US President Barack Obama "the founder of ISIS." Lest his words be misconstrued, Trump doubled-down with radio host Hugh Hewitt on Thursday. When pressed as to whether he actually meant that Obama’s policies may have led to the rise of the terrorist group, Trump resisted.

"No, I meant he’s the founder of ISIS," said the candidate.

This claim comes on the heels of a number of embarrassing moments from the Trump campaign, including the candidate’s ongoing feud with the family of a dead US soldier and his insinuation that Democratic rival Hillary Clinton could be assassinated by gun rights advocates.

Trump has never been a politician’s politician, and now appears to have gone so far beyond the pale that filmmaker Michael Moore worries the candidate may be physically unwell.

"Every day he continues his spiral downward," Moore wrote in a letter to Ivanka Trump, the candidate’s daughter, published by AlterNet. "His comments and behavior have become more and more bizarre and detached from reality."

"He is in need of an intervention." Moore wrote, "And I believe only you can conduct it."

As one of Trump’s most respected advisers, Ivanka may be America’s only hope.

"He trusts you. He believes in you. Although I don’t know you personally, you seem to be a very smart and together woman. I think he will listen to you," he wrote. "I say this with the utmost kindness, care and concern for you, and I know you will do the right thing. Bring him in, off the road, away from the crowds. Now. Tonight."

If she accomplishes the impossible, Moore suggests, America will thank her.

"The entire nation – in fact, the entire world – needs you to step forward and do the courageous thing history will praise you for: the loving act of a brilliant daughter who also loved her beleaguered country enough to say her father wasn’t well and needed help."

However well-intentioned Moore’s letter may be, it’s hard to imagine that Ivanka has not already attempted to reason with her father — even if, clearly, to no avail.

Trump-onomics Looks a Lot Like the Same Ol’ Republican B.S.