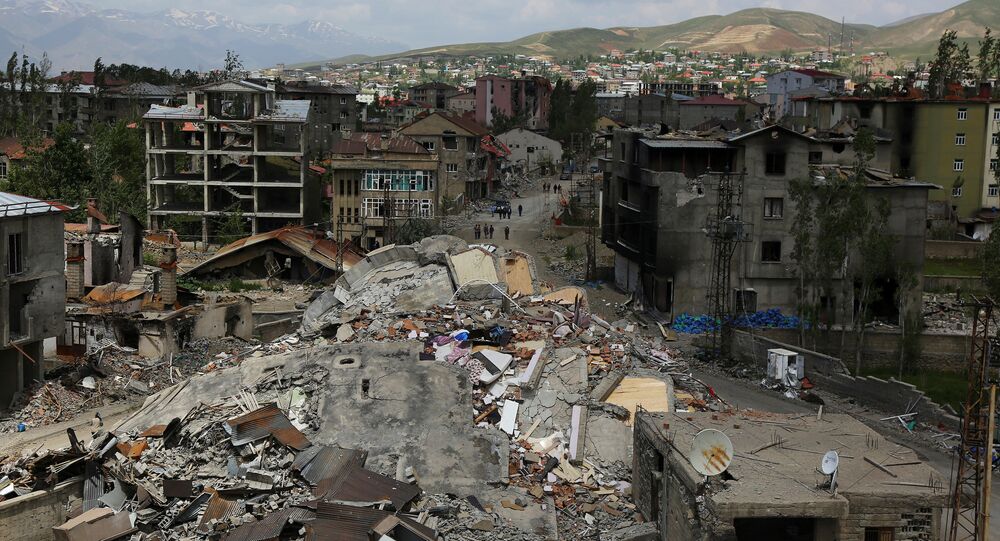 © Sputnik / Sergey Guneev
Kurds Skeptical About Erdogan's Possible 'Change of Heart' After Talks With Putin
MOSCOW (Sputnik) – On Tuesday, Russian President Vladimir Putin met with his Turkish counterpart Recep Tayyip Erdogan, who arrived in St. Petersburg for the first talks to reset bilateral relations after the November 2015 downing of a Russian aircraft by the Turkish Air Force.

"We talked about it at the meeting on August 9 [between Russian President Vladimir Putin and Turkish President Recep Tayyip Erdogan], and will continue to talk about it in the future," Yardim said during a press conference at the Rossiya Segodnya International Information Agency.

The Turkish diplomat pointed out that Ankara’s concerns on the Kurdish issue "are coming true," but allayed fears of the differences becoming a sticking point in the fledgling rapprochement between Moscow and Ankara since the November 2015 downing of a Russian jet by Turkey.

"I do not think our positions should be seen as completely the opposite," Yardim stressed.

Turkey and Russia will start active consultations on Syria in the nearest future, the ambassador added.