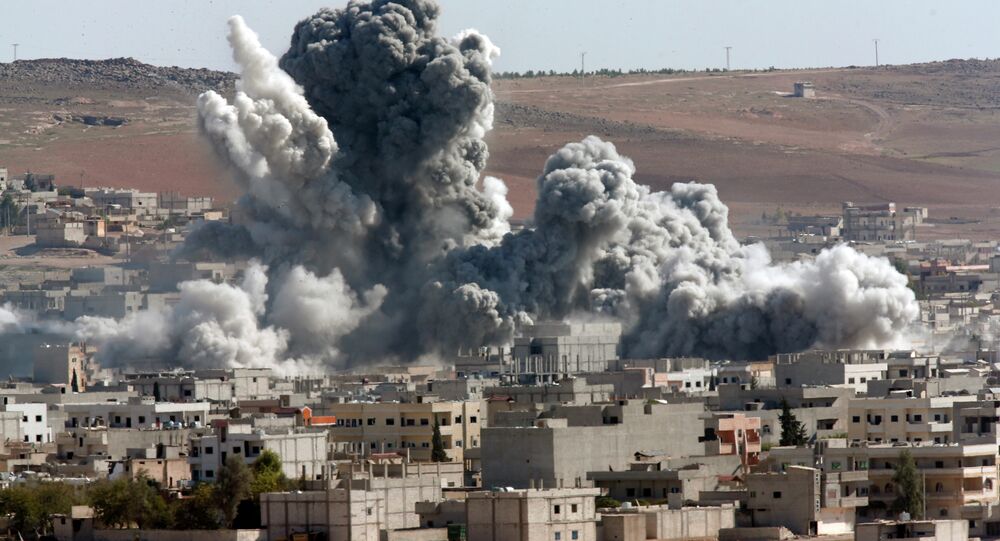 Ex-CIA Chief Who Backed Killing Russians 'Knows Nothing About Diplomacy'

Former CIA Deputy Director Michael Morell, who called on the United States to kill Russian and Iranian personnel in Syria, "does not know anything about diplomacy and international relations," Iranian political analyst Sabbah Zahganeh told Sputnik.

The analyst maintained that such comments point to the political ignorance of policymakers in the United States.

"If only political leaders in the US paid at least some respect to international law," he observed. "What people will tolerate violence and aggression? All regional crises could be resolved by peaceful means. This is why all American politicians should study diplomacy and international law."

On Monday, Michael Morell, who served as the CIA's acting director twice, told talk show host Charlie Rose that the US "must make" Russia and Iran "pay a price" in Syria by "covertly" killing their nationals. Such operations, if undertaken, should not be made public. "But you make sure they know it in Moscow and Tehran," he said.

© Flickr / The U.S. Army
Ex-CIA Chief's Comments on Killing Russians Reflect 'What US is Secretly Doing in Syria'
The former CIA deputy director "does not understand that he lives in a country located thousands of kilometers away from Iraq, Iran and Syria. What right does his government have to meddle in the affairs of Iraq and Syria?" the analyst asked.

Zahganeh added that Washington bears responsibility for what happens to US troops overseas.

"Regardless of where in the world US soldiers die, US aggression and intervention in sovereign countries is the only reason for that," he said, adding that "the so-called US 'democracy' that Washington tried to impose in Asia, Africa, Iraq, Syria, Lebanon, etc. is to blame" for US military casualties.