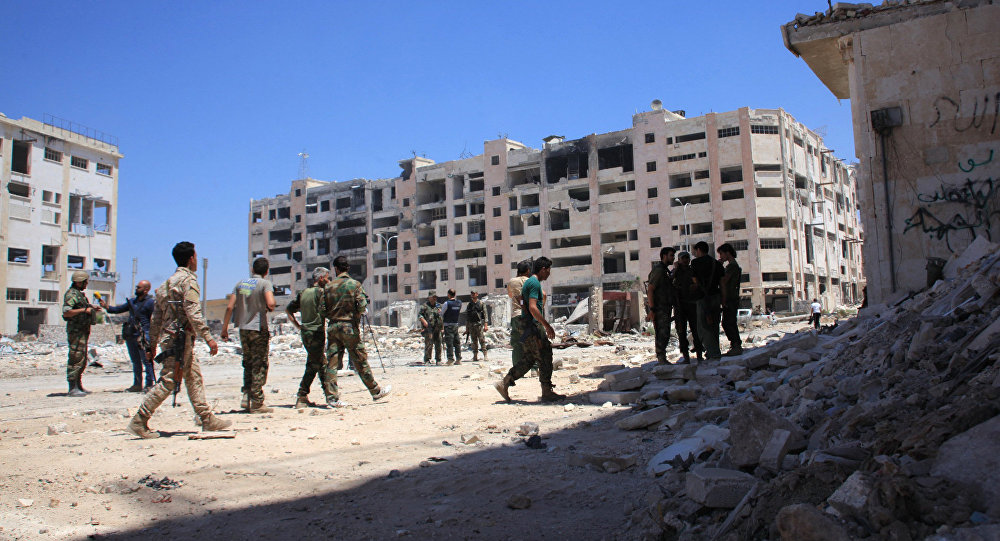 According to Kalehsar, author of The Role of Energy in Iran-Turkey Relations, both leaders will use Erdogan's visit to Russia as an opportunity to discuss the Syrian problem and ways they can work together to resolve the crisis.

"I think that at tomorrow's meeting, the Turkish and Russian leaders will discuss the Syrian topic in detail and use this opportunity to discuss a trilateral cooperation to resolve the crisis. It means that they will also talk about Iran, which plays a crucial role in the Middle East," the expert said.

Until recently, Turkey was supporting forces opposed to the secular government of Bashar Assad in Syria, while Iran and Russia assisted the Assad administration in its struggle with Islamic fundamentalist extremists, whose objective is to establish a theocracy under Sharia Law. Russian support to Syria ranges from humanitarian aid to joint anti-terrorism military operations involving the Russian Aerospace Forces.

"If Turkey and Russia will be able to reach a common position on Syria at the initial stage and then, at the second stage, reach an agreement on close cooperation with Iran, the joint potential of these three countries in the expedient resolution of the Syrian crisis will increase," the expert said.

"Of course, the Syrian crisis will be discussed in great detail, and we hope that the Turkish position will have a more constructive character in the given context," Russian presidential aide Yuri Ushakov said.

Ankara and Moscow ended seven months of strained relations in late June when Erdogan wrote a letter to Putin, apologizing for the downing of a Russian Su-24 attack aircraft by a Turkish jet in November 2015 over Syria and extending his condolences to the family of the pilot killed in the incident.

"Due to the polar positions of the countries, the crisis lasted for 7 month until finally they came to the decision to normalize relations. Both countries need each other, after all. Russia plays crucial role in the Turkish energy sector. Russia provides 55 percent of the gas for Turkish industry. Turkish companies have been active in the Russian construction sector since the 1980s. They have invested more than 60 billion in the Russian housing construction market. Besides, Russia is a huge market for Turkish textile products and petrochemicals," the expert said.

Thus, during the upcoming meeting, the countries intend to discuss such subjects as the Syrian crisis, the normalization of Russian-Turkish relations, Ankara's payment of compensation to the family of the slain Russian pilot, as well as economic cooperation. The parties may also discuss the Turkish Stream project, the implementation of which was suspended because of the crisis in relations between the two countries.