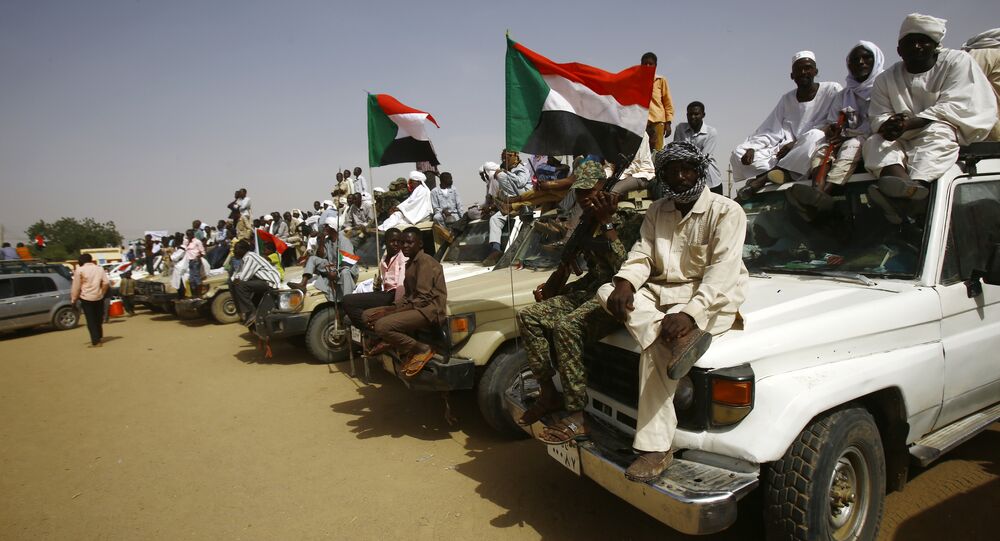 Turkey Working With Europe to Help Lift US Anti-Sudan Sanctions

Ankara and several European countries are seeking to find a way to ease Washington's sanctions on Sudan as they hurt economic relations with the African country, Turkey's ambassador said.

KHARTOUM (Sputnik) — Turkey and a number of European countries are discussing ways to ease US economic sanctions against Sudan in order to open the country for investment, Turkish Ambassador to Sudan Cemalettin Aydin told Sputnik Monday.

"One of the reasons behind the lack of Turkish investments in Sudan is linked to the difficulties caused by the US embargo. We are talking with a range of European countries, also suffering from this, about convincing the United States to ease the pressure on Sudan," Aydin said.

© AFP 2020 / ASHRAF SHAZLY
Sudan's Darfur Votes to Maintain Multi-State System in the Region
Turkish investments in Sudan currently amount to some $600 million, while trade between the two countries grew 40 percent in 2015 and reached $450 million, he added.

Washington imposed economic, trade and financial restrictions on Khartoum in 1997 on accusations of state support for terrorism, destabilizing neighboring states and violating human rights. The US extended the sanctions regime a decade later over the Darfur conflict.

In July, Sudanese presidential aide Ibrahim Mahmoud Hamid told Sputnik that the country was in talks with the United States on an agreement to lift the sanctions in exchange for cooperation in combating terrorism and illegal migration.