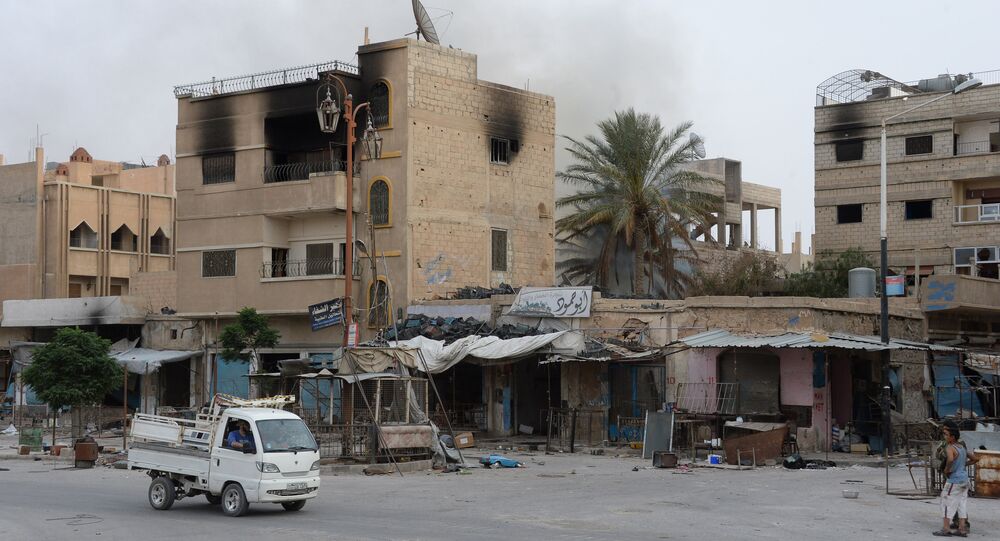 Moscow has engaged in a closer partnership with Iran, Turkey and Israel, three key nations with which Russia seeks to prevent the spillover of Islamist chaos onto its territory, German newspaper Deutsche Wirtschafts Nachrichten (DWN) wrote.

© Sputnik / Michael Klimentyev
Russia, Turkey Key to Resolving Syrian Crisis: Turkish Ambassador to Russia
According to the newspaper, Russia and Turkey will be the first to benefit from this cooperation.

With a victory over terrorists in Syria, Moscow "can present itself as a reliable partner in crisis situations" and demonstrate Russia's importance in the international arena. Moreover, Russia could also give a signal to the Muslim world that it represents both the interests of Shiite (Iran) and Sunni (Turkey) Muslims, the article said.

For Turkey, the extension of friendly relations with Moscow also plays a key role.

"The relationship with the EU has significantly deteriorated in spite of the refugee deal, because Turkey is not ready to implement the human rights convention," the newspaper wrote.

Turkey's position on the global stage has significantly worsened over the past few months. Thus, the chance to engage in closer cooperation with Russia, as well as play an important role in the Middle East, has made Ankara more receptive.

"The surprising harmony between Shiite Iran and Sunni Turkey has a comprehensible reason: For both the Islamic State is a threat that needs to be eliminated, and the Russian Air Force is particularly active in this direction," the newspaper wrote.

Whether the newly established friendships persist after a potential victory over the internationally-condemned terrorist group Daesh remains to be seen. However, they would certainly lead to a new political order in the Middle East and threaten Western dominance.

"The political order in the Middle East that changed over a short period of time demonstrates the weakness of Western foreign and defense policy," the newspaper wrote. "In the Middle East, the West is about to lose Turkey as its outpost. It has also made its ally Israel angry and is being scolded by Iran as a Satan, although the nuclear agreement should actually have started a new era [in their relations]," the article concluded.