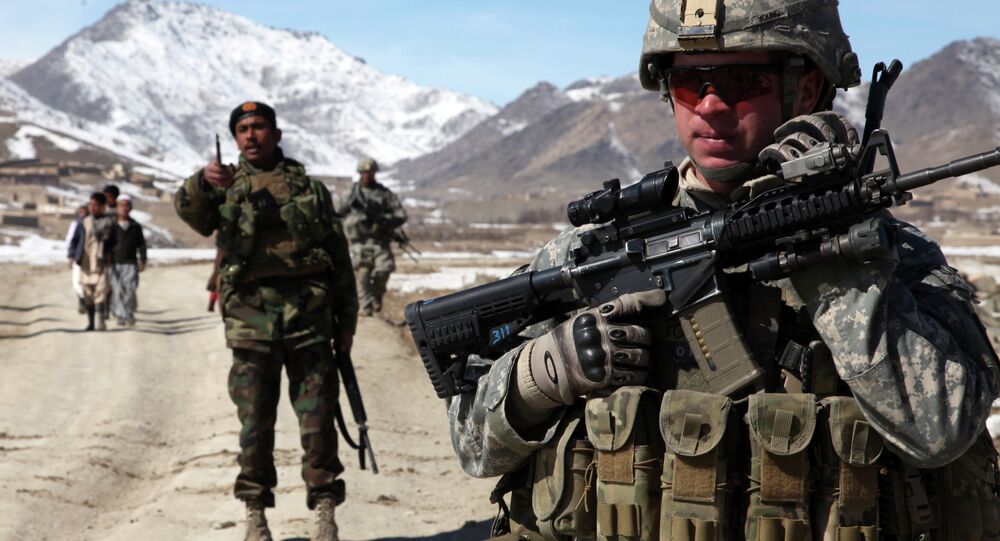 For almost a century British and American geostrategists tried to prevent Russo-German and Russo-Chinese rapprochement as it threatened to undermine the UK/US dominance. Likewise the China-led 'One Belt, One Road' project is regarded by US geopolitical analysts as a menace.

The world is holding its breath to see whether or not Obama's successor will abolish Washington's foreign policy strategy aimed at destabilizing Eurasia, Dr. Christina Lin, a Fellow at the Center for Transatlantic Relations at SAIS-Johns Hopkins University, notes.

"The world now waits and holds its breath to see if the US November election would usher in a new era of a multi-partner world to confront global challenges such as counter-terrorism, or enter in to a new Cold war of ramped up regime changes for confrontation and domination in a multi-polar world," Dr. Lin writes in her article for Asia Times.

Mackinder (1861 — 1947), the British geographer, academic and politician regarded the Eurasian continent as the "center" of global politics and stated that the power that controls Eurasia ("Heartland") could affect world affairs.

On the other hand, being a Briton, Mackinder expressed concerns about the Russo-German alliance that threatened to undermine the British Empire's geopolitical positions.

In his famous essay "The Geographical Pivot of History" written in 1904, Mackinder called attention to the fact that if Eurasia is integrated through a network of railroads, it would significantly rebalance the world's trade and diminish the significance of the UK as a global sea power.

"The Russian railways have a clear run of 6000 miles from Wirballen in the west to Vladivostok in the east… True, that the Trans-Siberian railway is still a single and precarious line of communication, but the century will not be old before all Asia is covered with railways," Mackinder forecasted.

"The spaces within the Russian Empire and Mongolia are so vast, and their potentialities in population, wheat, cotton, fuel, and metals so incalculably great, that it is inevitable that a vast economic world, more or less apart, will there develop inaccessible to oceanic commerce," he warned.

"The full development of her [Russia's] modern railway mobility is merely a matter of time. Nor it is likely that any possible social revolution will alter her essential relations to the great geographical limits of her existence," the British academic prophetically predicted.

© AFP 2021 / KIRILL KUDRYAVTSEV
From Shanghai to Berlin: How Russia, China are Creating Unified Eurasian Trade Space
More than a hundred years have passed since Mackinder's forecast, but the major geopolitical imperatives have remained intact.

Following the collapse of the Soviet Union, Russia continued to maintain close ties with Germany in the west and the USSR's former Central Asian periphery in the south. At the same time Moscow continued its cooperation with Beijing in the east.

The greatest nightmare of Mackinder is about to come true with the Beijing-led "One Road, One Belt" (OBOR) initiative kicked off back in 2013 by Chinese President Xi Jinping. The project envisions the creation of a network of high-speed railroads that will stretch from Shanghai to Berlin.

Predictably, Eurasia's further integration does not play into the US' hands as it threatens to swing the global balance of power in the Heartland's favor.

chinadialogue.net
This map shows the breadth and scale of China's plans for 'new silk roads', including extensive transport and logistical links by land and sea.

"[The] US wants to stop a coalition between Germany and Russia because the combination of German capital and technology with Russian natural resources and manpower can counter American dominance. Its move to destabilize and throw countries 'off balance' in Eurasia threatens China's 'One Belt, One Road' project that would help Eurasian economic integration and reduce ungoverned space for terrorist organizations to thrive," Lin stresses.

"The primordial interest of the United States of which for century we fought wars — the First [World War], the Second, and the Cold War — has been the relationship between Germany and Russia, because united they are the only force that could threaten us, and to make sure that that does not happen," Friedman stressed, much in the vein of Mackinder's geopolitical paradigm.

The Stratfor founder elaborated that the US is creating a "cordon sanitaire" around Russia, separating it from Germany and engaging the Eastern European nations in the American fold.

"Either way we are back at the old game," Friedman remarked.

Friedman was apparently referring to the formula voiced by the first Secretary General of NATO (from 1952 to 1957) General Hastings Lionel Ismay: "to keep the Russians out, the US in, and the Germans down."

© REUTERS / Kim Kyung-Hoon
Oops! Washington's Aggressive Posture Pushes Russia & China Closer Together
Lin underscores that the US is also realizing its "divide and rule" plan in Central and Eastern Asia. Since the US lacks the resources to occupy all Eurasia it has begun supporting various contending nations, simultaneously fanning the flames between them, so that they became overwhelmed with their problems.

Lin stresses that Friedman's proposal to "conduct 'spoiling attacks' such as in Vietnam, Iraq and Afghanistan to 'throw them off balance like we [US] did with al-Qaeda in Afghanistan'," obviously threatens the China-led OBOR project.

The US neoconservatives and their backers are currently involved into a Cold War-style "great games" to throw more countries "off balance." As a result, more and more ungoverned spaces in Eurasia are being filled with radicals and terrorists, like Daesh (ISIS/ISIL), she warns.

In contrast, such projects as OBOR are aimed at curtailing "ungoverned space" for terrorist organizations to thrive.

The question on everyone's lips is what foreign strategy Washington will pursue following the November election.

The Empire Barks and the Caravan Passes