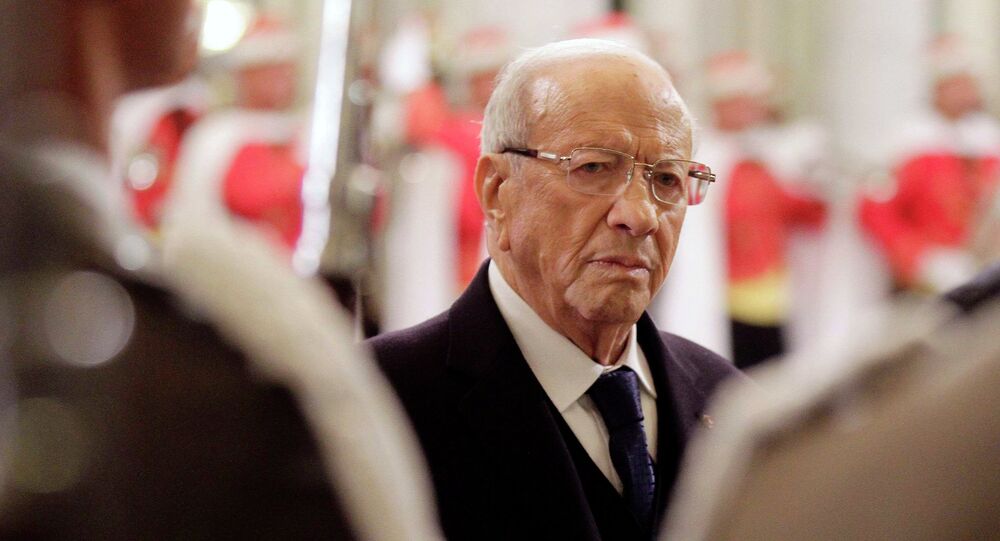 On Saturday, a majority of lawmakers in the Tunisian parliament passed a vote of no confidence in then Prime Minister Habib Essid, which followed his unwillingness to form a new unity government and push for economic reforms in the North African country.

© REUTERS / Eric Gaillard
Tunisia Prosecutor Orders Criminal Investigation Into Nice Attack Suspect - Source
In August, the 89-year-old Tunisian president called for a national unity government that would help overcome political disputes in the coalition of four parties and respond to economic challenges and security problems in the country.

Essid, who took up the post less than two years ago, faced severe criticism for the slow progress in the implementation of the package of financial reforms, which are supposed to boost economic growth and job creation.