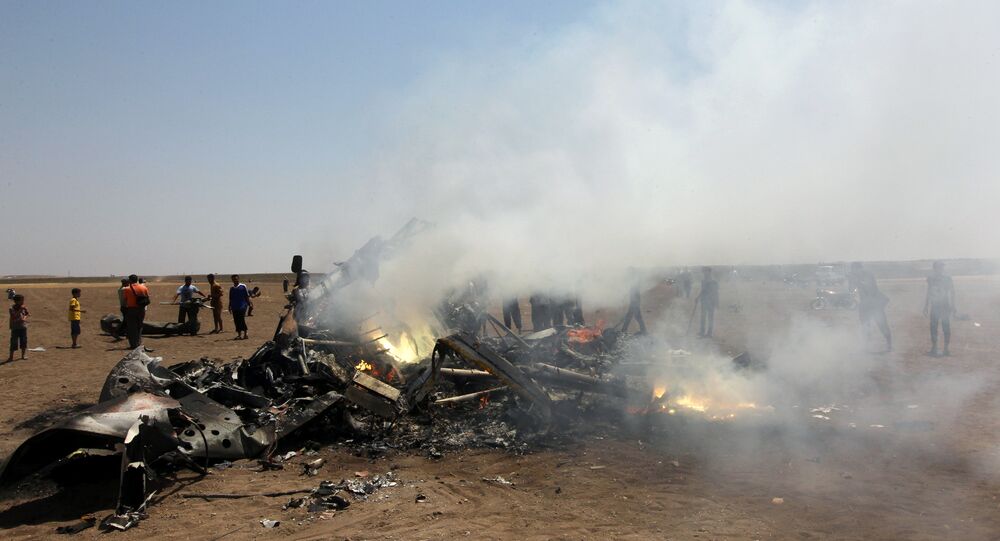 The Russian Mi-8 helicopter could have been downed by those who wanted to "ruin a humanitarian operation" that Moscow and Damascus launched in Aleppo, Syria's second largest city that has been devastated by the ongoing conflict, the newspaper Vzglyad reported.

© Photo : http://www.russianhelicopters.aero/
Riyadh, Qatar and Turkey 'Responsible for Downing Russian Helicopter in Syria'
Some have questioned whether the Mi-8 helicopter was truly on a humanitarian mission since it was armed with high-tech weaponry, including launch pod containers and the Vitebsk electronic warfare system, but experts say that there is nothing surprising about this fact.

© REUTERS / Ammar Abdullah
Redefining Moderation: US-Backed Syrian Rebels Shoot Down Russian Helicopter, Abuse Crew Bodies
The Russian military has not released information on what exactly was used to down the plane, but it is rumored to be exploring several options. These include a shoulder-carried missile launcher, a heavy machine gun, like the DShK 1938 or the KPVT, a grenade dispenser and a small-caliber anti-aircraft artillery, a source close to Russian Aerospace Forces' command told Gazeta.ru.