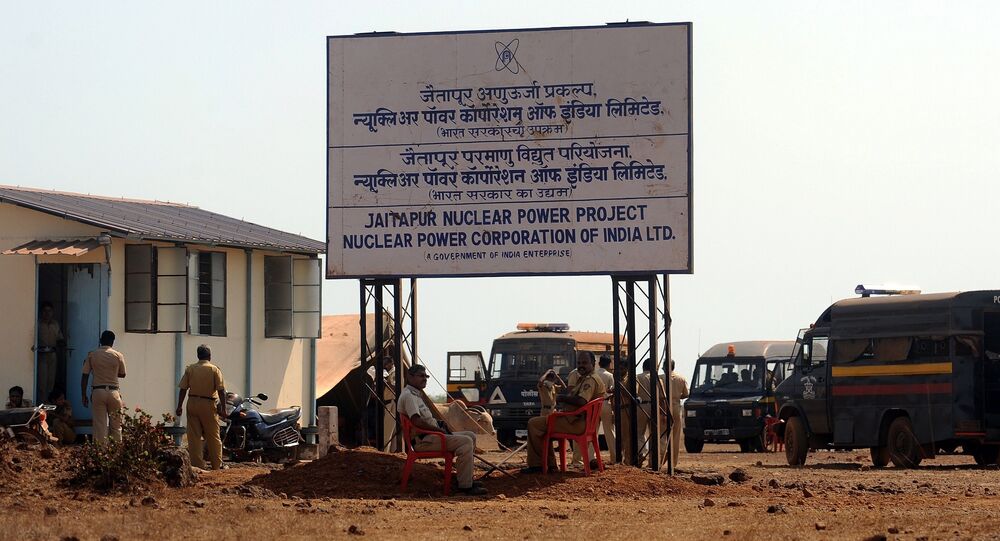 No country which is not a signatory to the Nuclear Non-Proliferation Treaty (NPT) can become a member of the Nuclear Suppliers Group (NSG), Chinese Foreign Ministry spokesman Lu Kang said Thursday.

MOSCOW (Sputnik) — On Wednesday, India's Minister of External Affairs Sushma Swaraj told the lawmakers that India will not sign the NPT.

"It is worth mentioning that China does not make the rules for how to become new members of the group. The international community has forged a consensus long ago that the NPT is the cornerstone of the international non-proliferation regime. No country should or can put itself opposite to the NPT," Lu Kang was cited as saying by The Times of India.

The Nuclear Non-Proliferation Treaty entered into force in 1970 with the aim to prevent the spread of nuclear weaponry. Three states, namely India, Pakistan and Israel, denied to sign the treaty. North Korea withdrew from NPT in 2003.

The Nuclear Suppliers Group is a group of nuclear supplier countries whose aim is to prevent nuclear proliferation by controlling the export of materials, equipment and technology which could be used to produce nuclear weapons. As of 2016, the NSG has 48 members, including China.