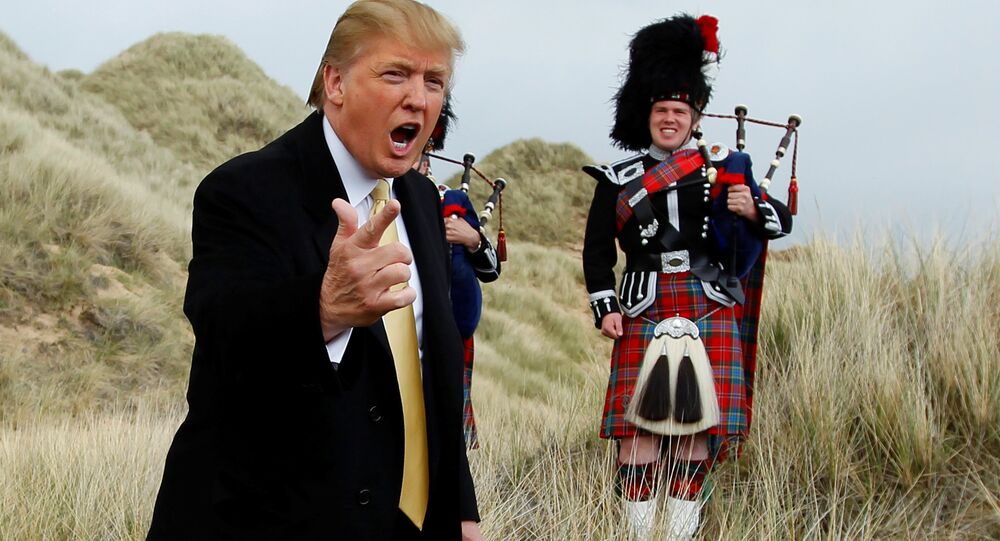 Global elites are facing the rapid rise of populist parties which is engulfing the Western world from the Americas to Europe.

"People ought not to be shocked by the ascendency of the likes of Donald Trump. Around the world, politicians — particularly those who have mastered the art of the sell — are tapping a groundswell of cynicism [directed] against mainstream political parties and the elites they are perceived to represent. For a number of reasons, these are not outliers or weird aberrations — indeed, it's time to get used to populism as a central part of contemporary politics," Dr. Benjamin Moffitt, a post-doctoral research fellow in the Department of Political Science at Stockholm University, Sweden, writes in his opinion piece for the Buenos Aires Herald.

© AP Photo / Michael Probst
European Financial System is 'Nearing a Grand Catastrophe'
Moffitt specifies that populism is a political style that features an appeal to "the people" versus "the elite," the use of flamboyant behavior and the evocation of crisis or a looming threat.

Martin Wolf, a chief economics commentator at the Financial Times, echoes Moffitt, stressing that the Western world is now confronted with the dissatisfaction of its citizens.

But what are the reasons behind the populism upsurge?

According to Wolf, the prolonged real incomes stagnation triggered by financial crises, declining wages, the inflow of migrants — the result of a sweeping embrace of globalization — and cultural changes lie at the root of the current public discontent.

The commentator refers to a study published by the McKinsey Global Institute entitled "Poorer than their Parents?" The study indicates that on average, between 65 and 70 per cent of households in 25 high-income economies faced stagnant or falling real incomes in the period between 2005 and 2014.

However, between 1993 and 2005 only 2 per cent of households suffered a similar problem.

"The economic and social impact is potentially corrosive. A survey we conducted as part of our research found that a significant number of those whose incomes have not been advancing are losing faith in aspects of the global economic system. Nearly one-third of those who are not advancing said they think their children will also advance more slowly in the future, and they expressed negative opinions about free trade and immigration," the authors of the study write.

© AFP 2020 / Ben Stansall
Brexit Hits the West's Establishment Below the Belt
For its part, The New Statesman cites growing inequality as a driving force of "pluto-populism."

"Inequality has reached pernicious levels. Too many communities have been neglected since de-industrialization and far too little attention has been paid to reskilling workers for the age of globalization and open labor markets. Many voters feel that they and their children have been left behind," the media outlet underscores, commenting on the Brexit vote.

In his February analysis for Counterpunch.org Christopher Hamlin Martenson, an economic researcher, writer and trend forecaster, predicted a return of financial crisis, pointing to the fact that everywhere banks are in deep trouble.

"Our reason for expecting a market crash is simple: Bubbles always burst," he noted, bemoaning the fact that the lessons of the 2008 crisis have not been learned and the global financial system has remained unchanged.

© AFP 2020 / Luca Bruno
Worse Than Brexit: How Italian Banks Could Ruin European Economy
"We can sum it up with these three simple words: Too much debt," he stressed, forecasting that Deutsche Bank (DB) and the Italian banking sector may soon face serious trouble, triggering a new wave of financial catastrophe.

As tensions continue to mount, global governing elites should rush to reform the present capitalist system, Wolf believes. Wealthy owners should not escape taxation and the role of the financial sector within the global economy should not be excessive. On the other hand, economic growth should be boosted and opportunities improved.

"If governing elites continue to fail to offer convincing cures, they might soon be swept away and, with them, the effort to marry democratic self-government with an open and co-operative world order," he notes.