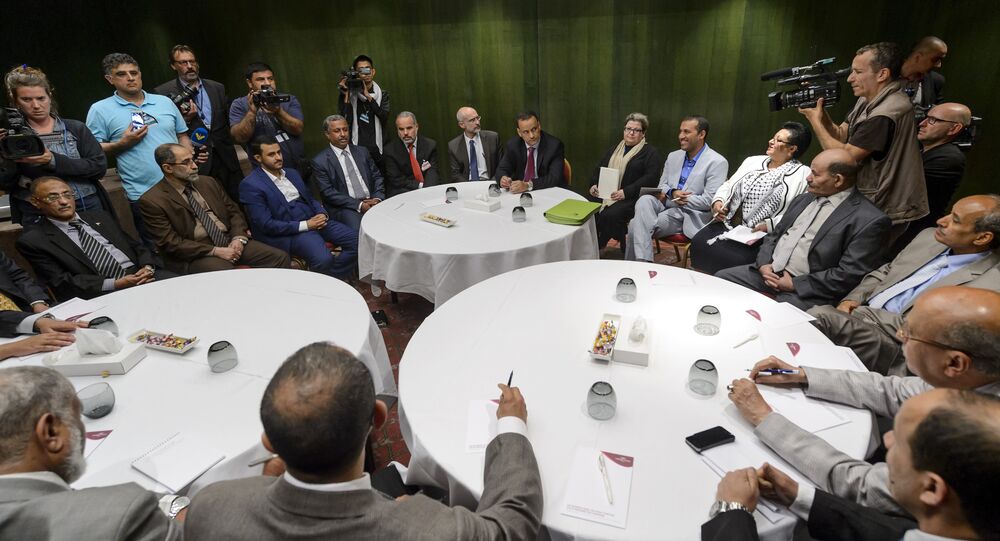 "We have set 15 days to Yemeni parties for settling matters," Jarallah told Al Arabiya TV, adding that Kuwait has been hosting the peace talks for quite some time and this is enough.

Since 2014, Yemen has been engulfed in a military conflict between the government headed by President Abd Rabbuh Mansur Hadi and Shiite Houthi rebels, the country’s main opposition force, who have been supported by army units loyal to former President Ali Abdullah Saleh.

In late June, UN Special Envoy for Yemen Ismail Ould Cheikh Ahmad announced that the UN-brokered talks to end the Yemeni conflict, which started in Kuwait on April 21, were suspended and would resume in July.

Intra-Yemeni Talks to Resume in Kuwait on July 16

Houthi Rebels Plan to Return to Intra-Yemeni Talks in Kuwait

Yemeni Town of Midi Under Heavy Fire From Saudi Arabia

Yemeni Army Regains Control Over Military Base Near Aden City