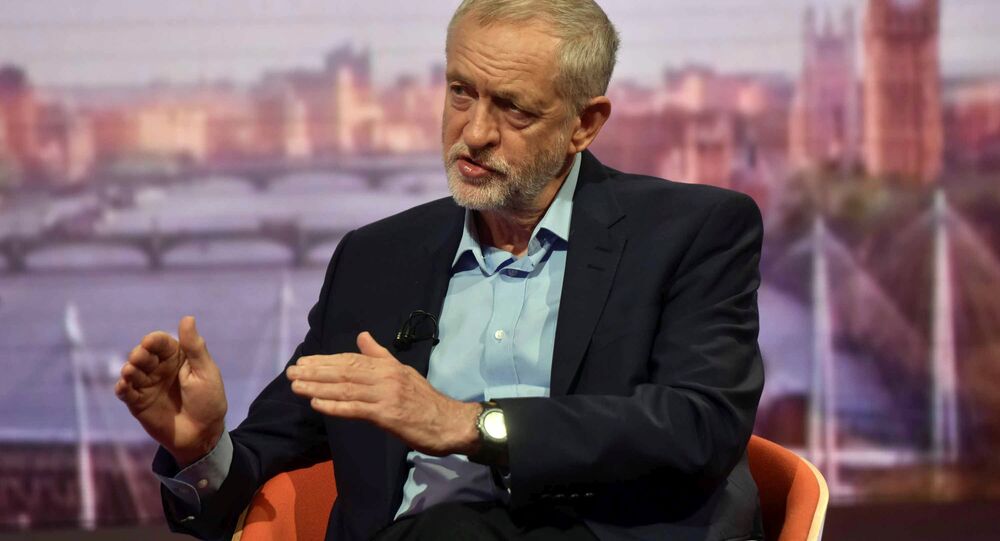 54 percent of respondents support UK Labour party head Jeremy Corbyn to stay on as leader, while 21 percent back Labour Shadow Cabinet member Angela Eagle, and 15 are in favor of former Shadow Secretary of State for Work and Pensions Owen Smith, accoridng to the poll.

In June, Corbyn faced a motion of now confidence and saw half of the shadow cabinet resign in protest at what they claimed was his inability to head the main opposition party after Brexit. The politician refused to resign and said he would take part in the party leadership election due to take place on August 22. Aside from Corbyn and Eagle, former Shadow Secretary of State for Work and Pensions Owen Smith will also be included on the ballot.

© REUTERS / Luke MacGregor
'Thoroughly Delegitimized': UK Media Slammed Over 'Vicious' Corbyn Coverage
According to the YouGov poll for The Times newspaper, 54 percent of respondents support Corbyn to stay on as leader, while 21 percent back Eagle, and 15 are in favor of Smith.

According to the poll, 55 percent of respondents are satisfied with Corbyn's performance as Labour leader.

Both Eagle and Smith resigned from Corbyn's Shadow Cabinet following the referendum on the United Kingdom leaving the European Union, and announced their candidacy in the wake of a no confidence vote among parliamentary members of the party.