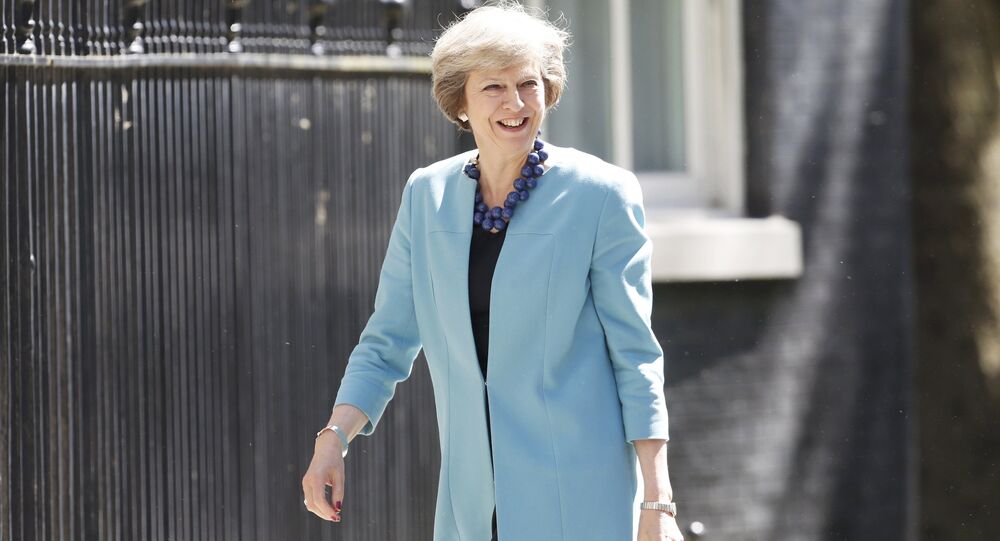 British Prime Minister Theresa May is Friday (July 15) making Scotland her first official visit, in a sign that she is deeply concerned over keeping the UK together, after Scotland voted to stay in the EU in the Brexit referendum, but the whole country voted to leave.

Scottish First Minister Nicola Sturgeon has made it quite clear that Scotland wants to remain in the EU, saying that the majority north of the border voted that way. She is not ruling out another independence referendum to split away from the rest of the UK and make its own way within the EU.

PM Theresa May: We will make Britain a country that works not for a privileged few but for every one of us.https://t.co/pSGEr3Wkxh

​Theresa May, on the other hand is desperate not to lose Scotland and keen to bring Sturgeon and her team into the Brexit negotiations. Speaking ahead of the visit, May said:

"I believe with all my heart in the United Kingdom — the precious bond between England, Scotland, Wales and Northern Ireland. This visit to Scotland is my first as Prime Minister and I'm coming here to show my commitment to preserving this special union that has endured for centuries."

"And I want to say something else to the people of Scotland too: the government I lead will always be on your side. Every decision we take, every policy we take forward, we will stand up for you and your family — not the rich, the mighty or the powerful."

Congratulations to the new Prime Minister @theresa_may — despite our differences, I hope we can build a constructive working relationship

"That's because I believe in a union, not just between the nations of the United Kingdom, but between all of our citizens. Whether it's reforming the economy or strengthening our society, we are going to build a better Britain and a nation that works for everyone — not just the privileged few," May said.

She will have her work cut out, however. Sturgeon warned: "She said: "I have been absolutely clear on this issue — the people of Scotland voted decisively to stay part of the European Union and their wishes must be respected."

"For us remain means remain" — @NicolaSturgeon's message to Theresa May. RT if you agree. #ScoEU pic.twitter.com/jIgAXp0Qg5

​"That includes respect from the UK Government, which is why Philip Hammond's comments are deeply disappointing — I very much hope the new Prime Minister will be more open to constructive discussion.

"The Scottish Government is pursuing every possible avenue to protect out place in Europe — which of course means protecting businesses' freedom to trade, the ability of workers to be protected and our right to continue to influence EU decisions."

© Flickr / First Minister of Scotland
Scotland Wants Key Role in Brexit Negotiations in Order to Remain in EU
In reality, Sturgeon's stance is difficult to believe. If she wins a place at the Brexit negotiations, it is not easy to see how the Edinburgh and London agendas could be accepted either as compatible, or by the other 27 member states.

If she goes for an independence vote, it will throw the UK into further chaos — causing market unrest at a critical time — and she faces years of negotiations to join the EU as a new member. Theresa May will be banking on that reality when she has her first meeting with the first minister.

Scotland: Theresa May to Visit Edinburgh on Friday to Discuss Brexit