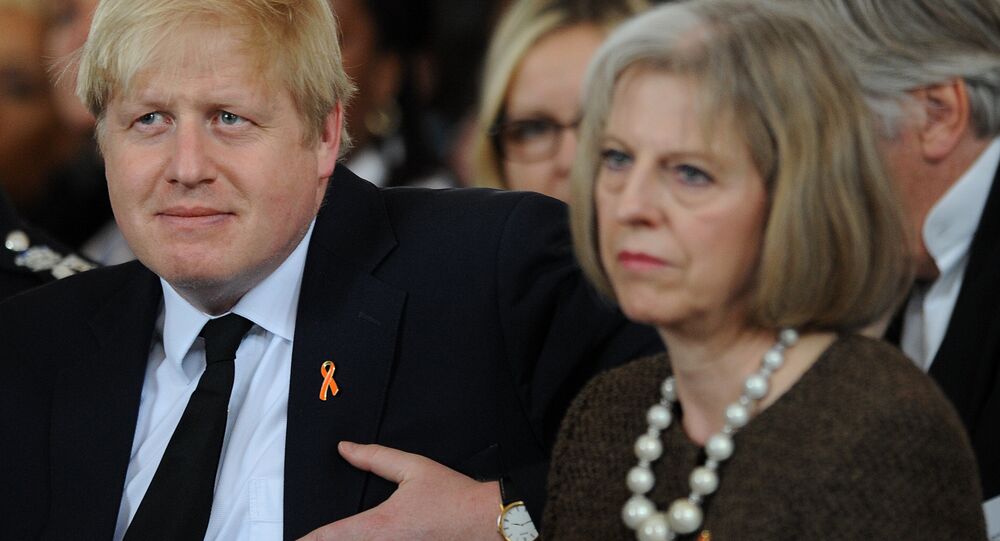 On her first full day as UK Prime Minister, Theresa May has tasked former London mayor and Brexit campaigner Boris Johnson and fellow campaigner David Davis with setting up a new government department whose sole job will be no negotiate the UK's exit from the EU. 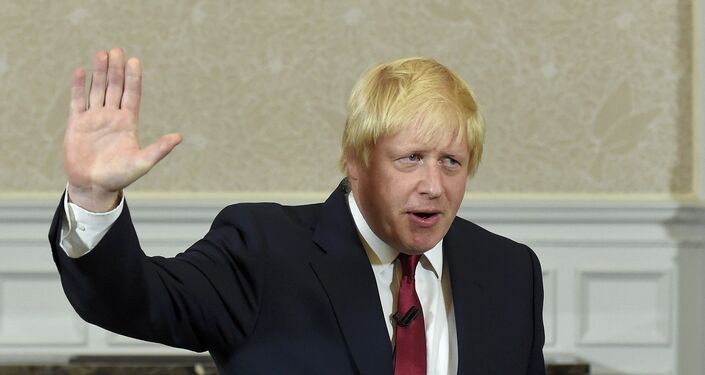 © REUTERS / Toby Melville
Vote Leave campaign leader, Boris Johnson, waves as he finishes delivering his speech in London, Britain June 30, 2016.
May had to offer some of the biggest jobs in her new cabinet to those who campaigned successfully to take Britain out of the EU, but there was some surprise when she chose Boris Johnson to head the UK's foreign office, with responsibility for MI6 and GCHQ.

Boris has cultivated an image as a media-friendly, funny go-for-it politician, surprising many when he came out in favor of leaving the EU in what commentators saw as a bid for the leadership of the Conservative Party. The Scottish National Party's Alex Salmons described him as a "court jester".

3/3 I’ve no doubt Theresa will make an excellent Prime Minister and I'm encouraged that she's made it clear that Brexit means Brexit.

Now he is to head the dour, conservative and stately Foreign Office, which handles Britain's political image throughout the world. In particular, he will have to develop close ties with his European counterparts in order to negotiate a Brexit that suits the UK.

Davis, on the other hand, is a quite different figure. As the new "Secretary of State for Exiting the European Union", Davis will have to work closely with Johnson as the two departments will have to follow the same agenda.

Davis has form. He has a master's degree in business, worked for sugar giant Tate & Lyle for 17 years, rising to senior executive level, has served as foreign office minister, where he was responsible for government negotiations on Europe and the updated Geneva Convention.

He was minister of state for Europe from 1994 to 1997, shadow home secretary, chairman of the party, leadership challenger in 2005 and is a respected speaker and commentator on Europe and the Eurozone crisis.

Reaction to Johnson's appointment in Europe have been mixed, with Guy Verhofstadt tweeting:

"May God help him and reform him and I hope he won't make any more mistakes and tries to make it up with the Turks."

Johnson and Davis will be central to the Brexit negotiations. Davis will head-up the new department, whose staff are currently being recruited from the top echelons of the civil service as well as outside of Whitehall.

Davis will be tasked with heading up the Brexit department, while Johnson will steer the ship through diplomatic waters as Britain strives to find its place in the new European order. Davis' background makes him a force to be dealt with. But for Johnson, there's no more time for Boris the buffoon.