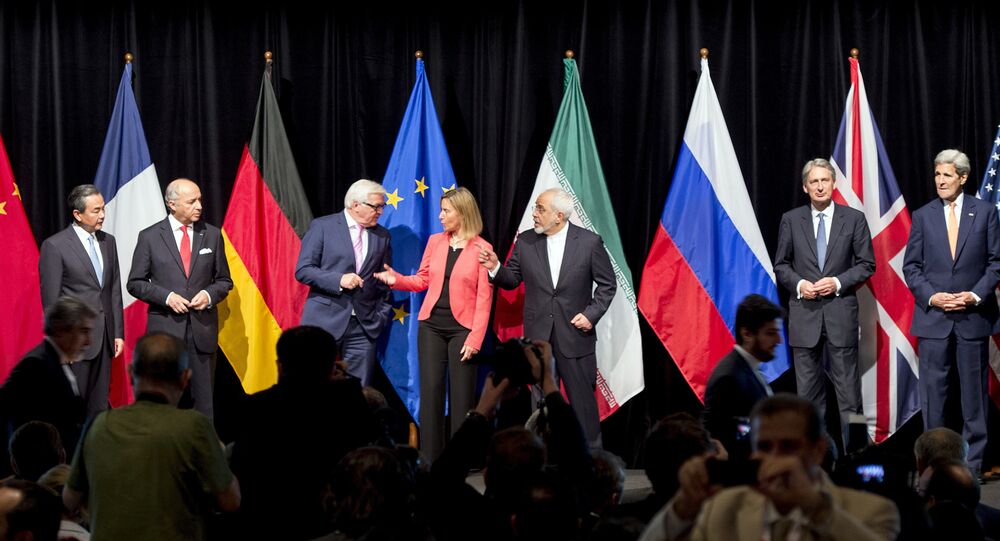 MOSCOW (Sputnik) — A group of six world powers – the United States, Russia, China, France, Britain, and Germany – signed a deal with Iran on July 14, 2015 to ensure the peaceful nature of its controversial nuclear program.

Declaration by High Representative @FedericaMog on behalf of EU on anniversary of JCPOA https://t.co/bjBUZykdtt #Irandeal #Iran

​"One year after the conclusion of the landmark deal on Iran's nuclear programme agreed in Vienna, the European Union is pleased to note that the Joint Comprehensive Plan of Action (JCPOA) is being implemented," the statement read.

One year after the nuclear deal, the EU commits to "further developing relations with #Iran," announces opening of an embassy in Tehran.

​The International Atomic Energy Agency confirmed in January 2016 that Iran had fulfilled its obligations under the nuclear pact, prompting Brussels to scale down nuclear-related economic and financial sanctions.

The bloc’s foreign affairs branch said EU member states were willing to consider export credits to facilitate trade and investment in Iran if it resolved to amend the economic and fiscal policy, improve business environment and commit to rule of law.