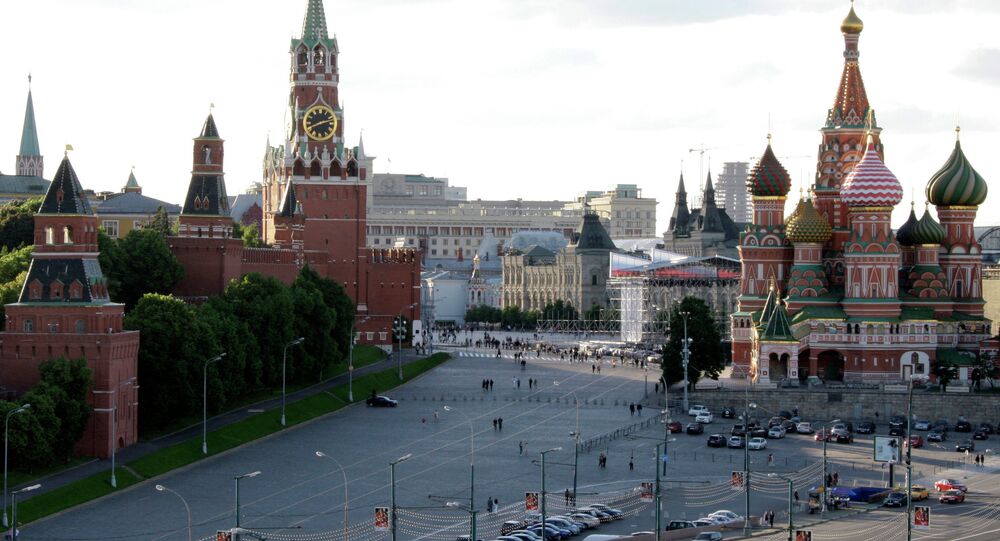 Kremlin Favors Coordinating Efforts With US to Fight Terrorism in Syria

Kremlin spokesman Dmitry Peskov declined to comment on media reports of the United States planning to offer stepped up anti-terrorist cooperation with Russia in Syria.

MOSCOW (Sputnik) – The Kremlin cannot yet comment on media reports of the United States planning to offer stepped up anti-terrorist cooperation with Russia in Syria until US Secretary of State John Kerry’s visit to Moscow later in the day, Kremlin spokesman Dmitry Peskov said Thursday.

"I cannot yet comment on that because we are talking about newspaper reports. There will be contacts between the State Secretary and the President [Vladimir Putin] today, while main talks will be held with his Russian counterpart Sergei Lavrov," Peskov told reporters.

Asked to confirm The Washington Post’s report, citing a draft proposal, on military cooperation between Russia and the United States in Syria, Peskov said "we could speak about it after familiarizing with the offer first-hand."

"I would like to remind you of President Putin’s repeated statements, who said that the Kremlin believed from the beginning that effectively combating terrorism in Syria and the neighboring countries is only possible together, through the coordination of joint efforts, not simply with the exchange of information," Peskov added.

His comments come on the heels of latest media reports claiming that US State Secretary John Kerry planned to offer, on his Moscow visit Thursday, stepped up cooperation with Russia in Syria, including by setting up a joint command center with prospects of integrated operations.

"Putin has repeatedly expressed regret over the fact that our American partners refuse such cooperation and, of course, this stance retains its relevance," Peskov stressed.

The reported proposal includes a plan to establish a joint command center with prospects of integrated operations targeting Daesh and the al-Nusra Front terrorist groups, banned in many countries including the United States and Russia.

Kerry’s Trip to Moscow Focused on ‘Resuscitating’ Ceasefire in Syria

Kerry Could Ask Russia to Influence Damascus in Exchange for Info