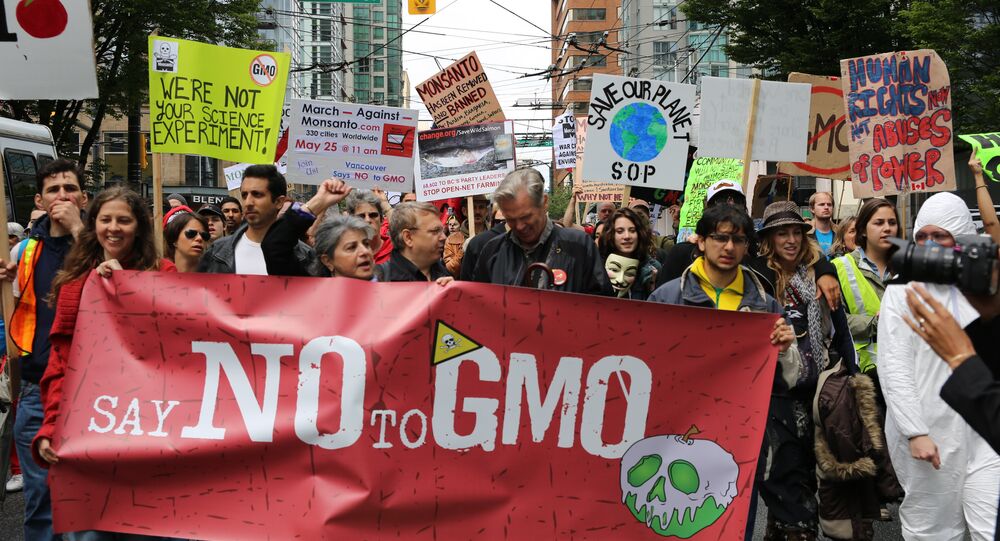 Concerns over genetically altered salmon entering the food supply chain drive lawmakers from Alaska to reject the GMO labeling law, according to US Senator Dan Sullivan.

"With me and Senator [Lisa] Murkowski, very consistently our vote is very, very focused on the issue of genetically engineered salmon," Sullivan said on Wednesday. "That’s what drives our vote, what we refer to in Alaska derisively as Frankenfish."

© Sputnik / Kava Rostamkhani
Senator: GMO Labeling Law in US Denies Consumers 'Right to Know'
Last week, the US Senate approved the GMO labeling law, which critics argue is a misleading legislation that would not actually require many food manufacturers to label their genetically altered products. The two Alaskan senators were among a handful of Republicans who opposed the GMO law.

Sullivan explained that even if the bill passes the House of Representatives later this week and becomes law, he will consider other measures to "block the approval of genetically engineered salmon" and "get it labeled if it is ever sold."

The US Food and Drug Administration approved genetically engineered salmon as safe to consume, but watchdog groups have raised concerns over the impact the fish could have on the natural salmon population if they were to crossbreed.