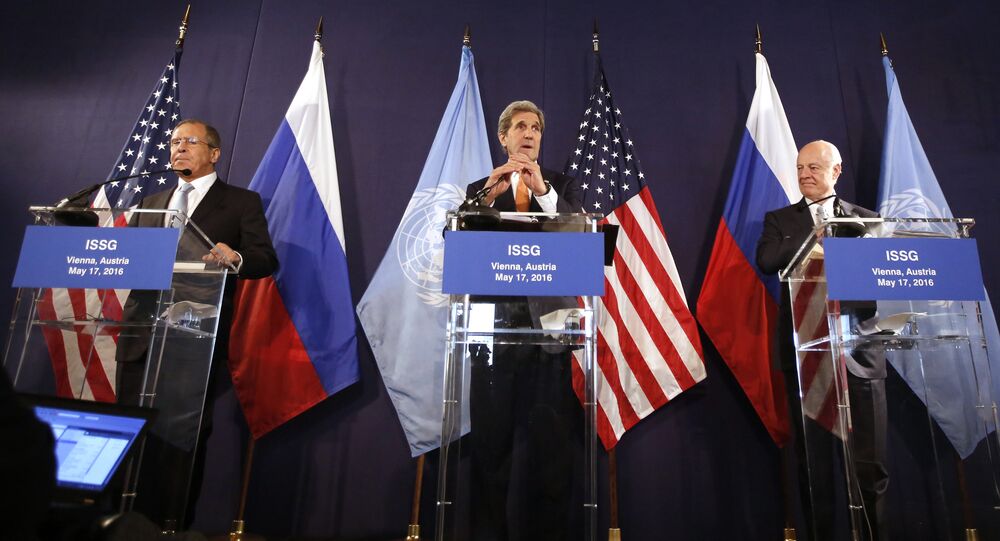 The US government wants to work more closely with Russia to "disentangle" where terrorist groups in Syria are combining with US-backed opposition forces, according to US State Department.

"We are still talking with Russia on how we can coordinate better against terrorist groups in Syria," Toner told reporters. "We need to work more closely together to disentangle where these groups are combining with terrorist groups."

Toner claimed the Obama administration was eager to cooperate with Russia in exposing genuine terrorist groups that were commingling with other opposition forces in Syria.

"We are willing to have this conversation with Russia… it continues to be a challenge," he said.

The Washington Post reported on Tuesday that Kerry could propose Moscow to exchange the information on the locations of the Nusra Front terrorist group within the framework of "Joint Implementation Group" and to synchronize their operations against the Islamic State jihadists.

Kerry will head to Moscow for talks with senior Russian officials on July 14-15 on issues related to Syria, Ukraine, and the Nagorno-Karabakh conflict.