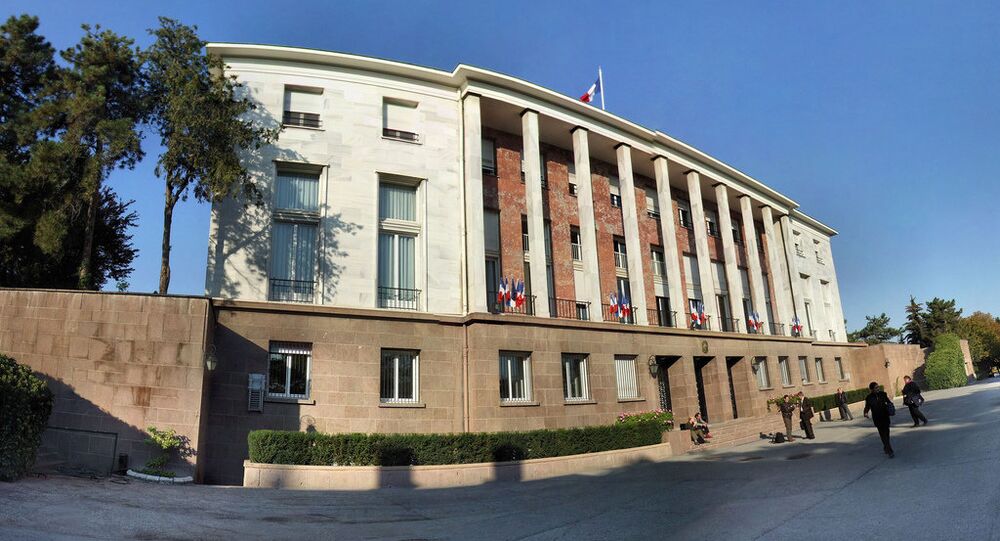 French embassy and consulate were closed in Turkey due to security concerns, the Embassy of France in Ankara said in a statement on Wednesday.

"The embassy of France in Ankara, as well as the consulate general in Istanbul will be closed from Wednesday July 13, 1 p.m. local time, until further notice," the statement read. "We thank the French community in Turkey and all our guests for their understanding”.

Earlier, the consulate general in Istanbul stated that information pointed to a 'serious threat' to plans to celebrate the country's National Day on July 14. Those celebrations were cancelled.

French consul to Istanbul Muriel Domenach wrote on Twitter the events France's consulate in Istanbul, its embassy in Ankara and its mission in the Aegean city of Izmir were cancelled "for security reasons" and France was in touch with the Turkish authorities.

Earlier, the Istanbul consulate had sent an email message to French citizens in Turkey saying that there had been "concurring information of a serious threat against the organisation of the July 14 celebrations in Turkey,"​ the Local reports.

Turkey has been struck by a string of gun and bomb attacks this year. The Turkish government blamed some of them on Kurdish militants. The most recent attack on the Ataturk airport in Istanbul, which killed over 40 people, was attributed to the Islamic State jihadist group.