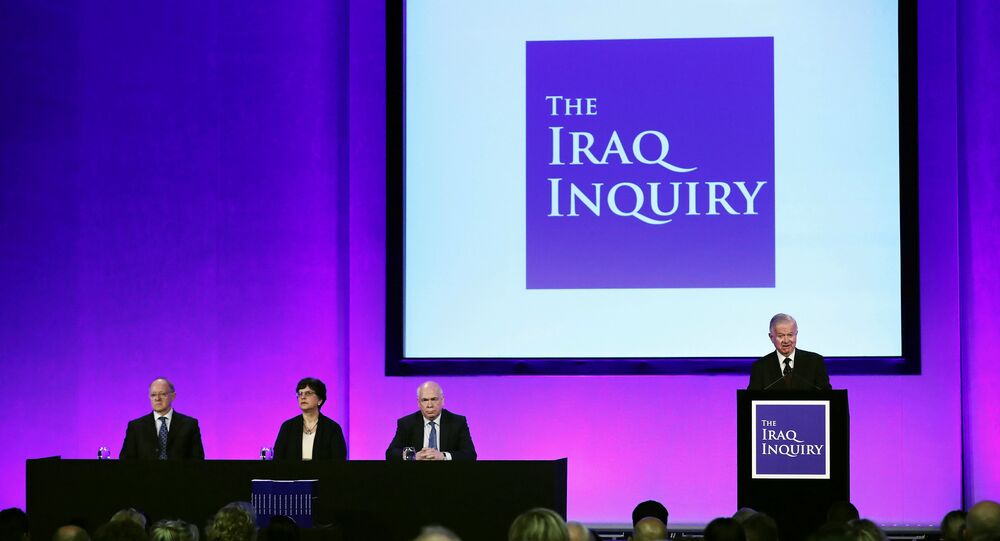 The Chilcot report detailing the flaws and bungling in the United Kingdom’s decision to follow the United States into the 2003 Iraq War was part of a process weakening half a century of London’s subservience to Washington, analysts told Sputnik.

Bricmont said the report revealed the degree to which UK leaders desperately sought to do whatever sitting US presidents wanted from them.

"The United States is happy that the British be their lapdog (as one used to say) and does not have to listen to their advice, but the lapdog is not necessarily happy with that status. Beware of the lapdog!" he warned.

Bricmont interpreted the publication of the Chilcot report as an effort to minimize the harm US policies in Iraq had and their consequences had done to Washington’s standing with the UK public.

"I see the Chilcot report as an attempt by the British ruling circles to do some sort of damage control: given that the invasion ended up in disaster, increased terrorism… exposed the warmongering role of the media, and deeply divided British society," he explained.

Institute for Public Accuracy Communications Director Sam Husseini noted that for all its criticisms of UK decision-making, the Chilcot report failed to address some major and embarrassing revelations.

"The report contains stark gaps. Particularly glaring is that there is no mention of Katharine Gun in the 2.6 million-word report. She exposed US and UK spying against United Nations Security Council members prior to the invasion," Husseini noted.

Before the 2003 Iraq invasion, Gun, who worked at the General Communications Headquarters (GCHQ) — the UK equivalent of the US National Security Agency (NSA) — exposed a damning NSA memo discussing how to influence the UN Security Council to approve war goals, he said.

"While President Bush was claiming during the buildup to the invasion that ‘we are doing everything we can to avoid war in Iraq,’ in fact, the US government was going to great lengths to ensure war," Husseini pointed out.

The Chilcot report also failed to address the implications of the memo leaked by Gun, he noted.