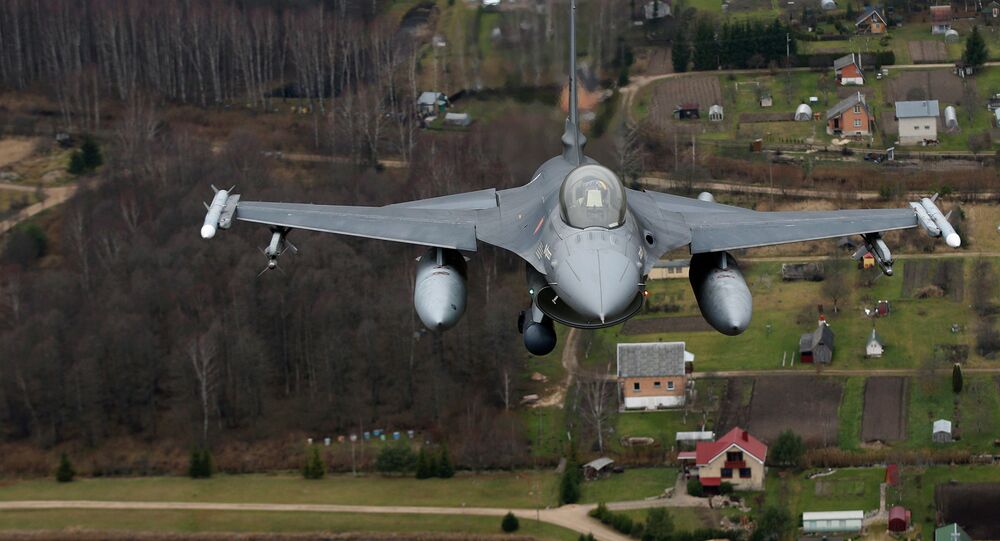 NATO's eastward expansion and increasing assertiveness, particularly in the former Soviet states will not make Europe more stable and secure, Xinhua news agency asserted, adding that it could instead trigger an arms race and a military buildup that would affect nations who pushed for the bloc's greater role in the region.

© Sputnik / Aleksey Druzhinin
Trojan Horse: This Country Ruining NATO's United Front on Russia
Reporter Wu Liming was most likely referring to voices in Eastern Europe and the Baltic region who have claimed that Russia is becoming increasingly "aggressive" to a point that their wellbeing could be at risk. He added that it was "aggressive and restless" NATO that posed a threat to European security, urging Europeans "to be cautious."

The media outlet compared NATO's current policies to a game of chess, saying that the United States is behind it. Xinhua also referred to European nations as a "pawn" that helps to promote America's national interests.

Those in Europe, who "blindly follow" the US policy of "booing Russia" are in fact "quenching thirst with poison," the news agency warned, pointing that this could end in them "eventually becoming cannon fodder."

The reporter added that a "shadow of Cold War" has been stretching from the Baltic region to the Balkans.

© AFP 2021 / JANEK SKARZYNSKI
Russia 'Has All Reasons' to Assume NATO Buildup is Directed Against It
Following the outbreak of the Ukrainian civil war and Crimea's democratic reunification with Russia, the North Atlantic Alliance approved several initiatives to boost its military capabilities. These include a 5,000-strong high-readiness "Spearhead Force" to complement its Response Force (NRF), enhanced war-gaming, prepositioning military equipment and increased military spending.

The bloc also tasked Canada, Germany, the United Kingdom and the US to establish and lead four battle groups that are expected to be deployed to Estonia, Latvia, Lithuania and Poland in 2017. They will stay in Eastern Europe and the Baltic region on a rotational basis.

In addition, an Aegis Ashore base in Romania became operational earlier this year. It is a part of NATO's massive European missile defense project that is ostensibly aimed at protecting the continent from a ballistic missile threat from Iran.

This initiative is in fact aimed at "neutralizing" Russia's nuclear capabilities, President Vladimir Putin said last week. "This creates an obvious threat to us that nobody is willing to see. Nobody wants to have a dialogue with us on this issue."