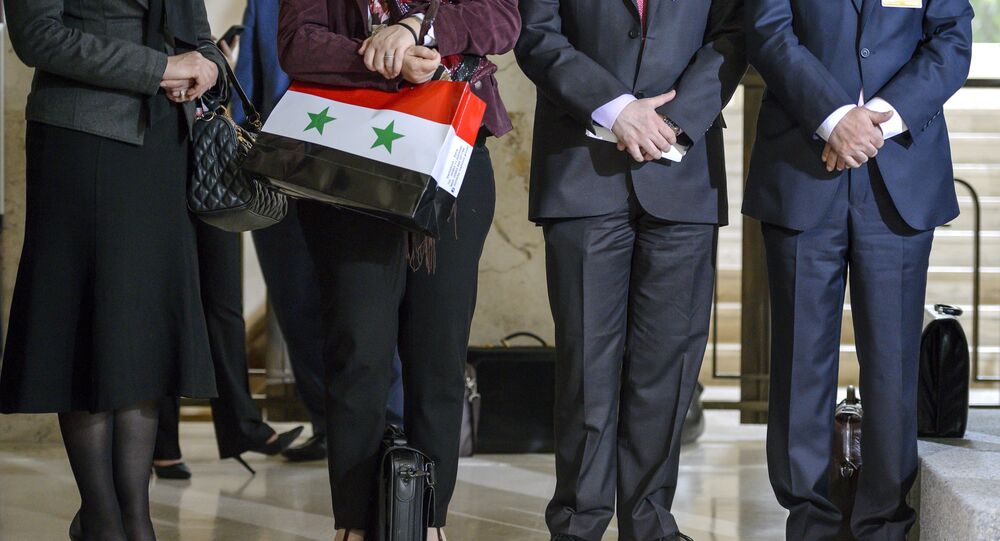 The increased cooperation between Russia, the United States, Turkey and Saudi Arabia is necessary to restart stalled intra-Syrian Geneva talks, a former ambassador of Turkey to Iraq and a speaker at Warsaw Summit Experts' Forum, told Sputnik Saturday.

WARSAW (Sputnik) — The former envoy noted that a normal dialogue between Moscow and Ankara would further contribute to the Syrian peace settlement.

"The Geneva talks have been stalled, unfortunately <…> There was a previous initiative, when four ministers of foreign affairs of Russia, the United States, Turkey and Saudi Arabia have met in Vienna. I believe, an increased coordination between all these countries is necessary and we should look at the opportunity how we can contribute towards Geneva process," Unal Cevikoz, who is the president of the Ankara Policy Center think tank, said on the sidelines of the forum.

© REUTERS / Shamil Zhumatov/Files
Erdogan's Gamble: Turkish Military Wouldn't Have Downed Su-24 'If They Knew It Was Russian'
The Geneva talks on Syrian reconciliation were put "on pause" in early June due to the beginning of the Muslim holy month of Ramadan.

The participants of the UN-mediated talks in Geneva include the Syrian government representatives and three opposition groups — the Riyadh-formed HNC, the Moscow-Cairo and the Hmeimim groups. At the latest round of talks in Geneva, the HNC walked out, citing the continuous fighting in Syria and the lack of progress on humanitarian issues.