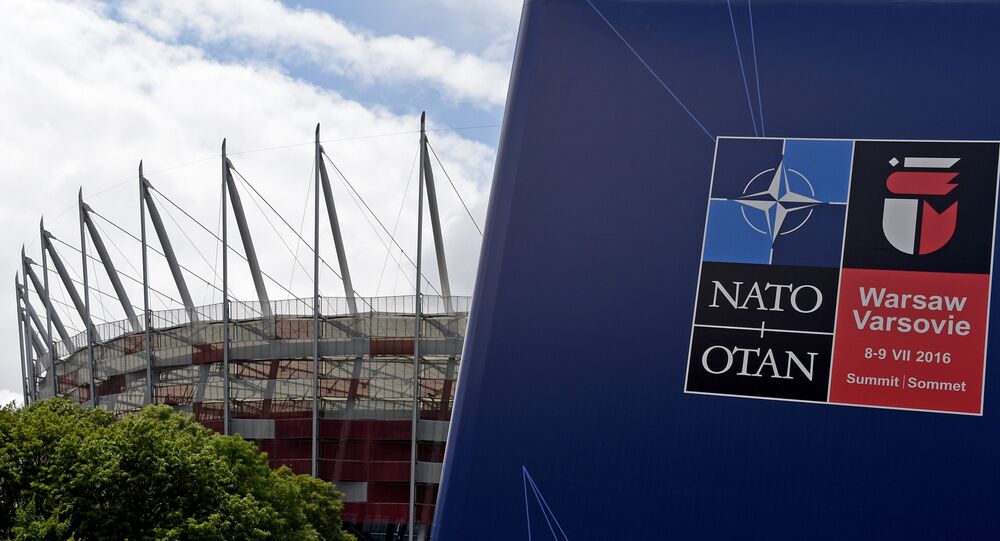 WASHINGTON (Sputnik) — On Friday, NATO Secretary General Jens Stoltenberg said at the summit in Warsaw that the alliance would strengthen its military presence in Eastern Europe on a rotational basis with four battalions in Poland and in the Baltic nations.

"[NATO’s] declaration will be interesting because it will show exactly how deep these fissures already are even as Obama does his best to project a sense of solidarity and consensus," McGovern said on Friday. "Because there is no consensus."

McGovern noted that German Foreign Minister Frank-Walter Steinmeier has made it abundantly that belligerence is not the way to reduce tensions with Russia.

Steinmeier, McGovern continued, will not allow Poland and the Baltic states to demonize and characterize Russia as a reginal security threat, a narrative the US media machine has been successfully propagating.

"It is the propaganda war that has enabled the United States, Poland and other countries like to mislead Europeans into thinking that Russia is a great big threat," McGovern explained.

The German Foreign Minister is being called an "appeaser," McGovern suggested, because he does not believe that "saber-rattling" with 31,000 troops on the Polish border with Russia contributes to European security.

The second day of the NATO Summit kicks off on Saturday with a major focus on Afghanistan’s and Ukraine’s security situation.

© REUTERS / Kacper Pempel
Merkel: NATO to Strengthen Presence in Eastern Europe
Since 2014, NATO has been building up its military presence in Europe, especially in Eastern European countries neighboring Russia, using Moscow’s alleged interference in the Ukrainian conflict as a pretext.

Moscow has repeatedly denied the claims and warned NATO that the military buildup on Russia’s borders is provocative and threatens the existing strategic balance of power.

Raymond McGovern, a CIA analyst from 1963 to 1990, chaired the National Intelligence Estimates and prepared daily briefs for seven US presidents.

Who is Behind NATO's Anti-Russian Stance