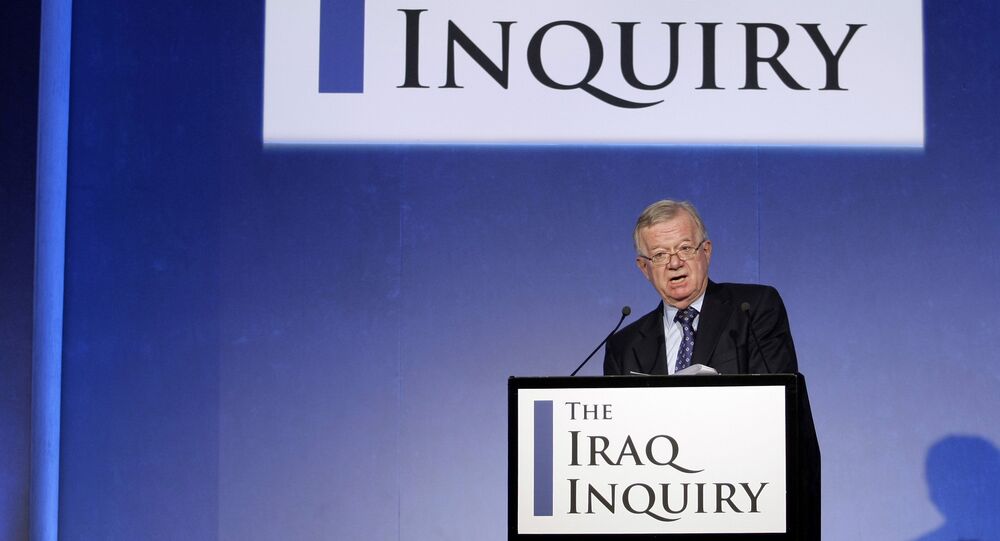 The revelations of the Chilcot Report on the origins of the 2003 Iraq War reveal the dangers to UK sovereignty of continued subservience to the United States, former US diplomat Jim Jatras told Sputnik.

WASHINGTON (Sputnik) — Jatras was commenting on the publication on Wednesday of an official report from Sir John Chilcot devoted to United Kingdom’s role in the 2003 Iraq War. The inquiry concluded the UK decision to join the war was taken on the basis of flawed intelligence data and assessments.

"Will British politicians — especially after the outcome of the Brexit vote — not see that their thrall to Washington and NATO is at least as poisonous to their national interests as subservience to Brussels and the European Union?" Jatras asked. "I hope they will."

The findings of the report, Jatras maintained, have debunked the myth that blindly following Washington’s lead gives the UK some control, or at least influence, over US global policies. In fact, the opposite was the case, he argued.

"As we saw, the 2013 House of Commons vote against military action in Syria undermined [US President Barack] Obama’s drive for war and caused him to seek cover from Congress, which was then buried by public opposition to the scheme."

The lesson of those events, Jatras noted, was that the United Kingdom had far more influence on the US government when it opposed some of Washington’s policies than when it blindly supported all of them.

Jatras pointed out that the Chilcot Report also dealt a devastating blow to the remaining reputation and political influence of former UK Prime Minister Tony Blair, who supported US President George W. Bush in his determination to invade Iraq.

"With respect to Tony Blair, also known as ‘Bush’s Poodle,’ he will not be prosecuted, but hopefully will be forced into some degree of retired obscurity, where we will at least be spared his grinning self-righteousness."

Bush was at least in part directly culpable for other aggressions and violations of international law that had cost many civilian lives, Jatras added.

"Let us keep in mind that Iraq is not his only crime of aggression, with Kosovo high on the list."

Blair has reemerged in the political limelight joining those seeking to topple left-leaning UK Labor Party leader Jeremy Corbyn after the Brexit referendum vote on June 23 for the United Kingdom to leave the European Union.

Chilcot Report: US 'Can Learn' to Check Intel Before Invading Countries

Chilcot Report Reveals US Charged Into Iraq War Without Plan