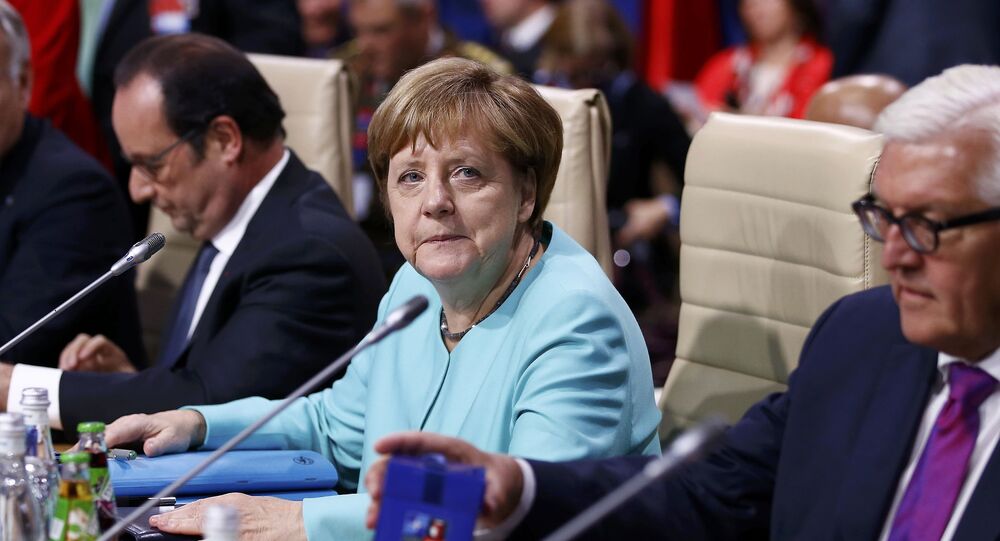 NATO will strengthen its presence in the eastern Europe, German Chancellor Angela Merkel said Friday at the NATO Summit in Warsaw.

WARSAW (Sputnik) — After the NATO defense ministers' summit held last month, Secretary General Jens Stoltenberg said that the alliance had agreed to deploy four multinational battalions to Estonia, Latvia, Lithuania and Poland with some 800-1,200 troops in each unit. The decision is expected to be agreed on at the Warsaw Summit.

"Chancellor #Merkel: @NATO presence in the east to be strengthened…. #NATOSummit in Warsaw: [the alliance] makes it clear that defence capability and dialog are concerned," German government spokesman Steffen Seibert wrote on Twitter.

The ongoing Warsaw Summit among member states of the NATO did not address increasing its military presence along Russian borders on the first day of the summit, Angela Merkel also said.

"No there were no calls for an increase in the number of soldiers today."

She said the Baltic nations and Poland "expressed gratitude to Germany and other states" at the summit, where a decision was reached to deploy a four-battalion rotational force, spearheaded by Germany, the United Kingdom, Canada and the United States.

Coordinated actions between Russia and NATO present mutual interest to both sides, German Chancellor said at the conclusion of the first day of the Warsaw Summit on Friday.

"I think it is mutually beneficial, as it happens for example in Syria based on agreements between the United States and Russia, that NATO and Russia also very closely coordinate their actions."