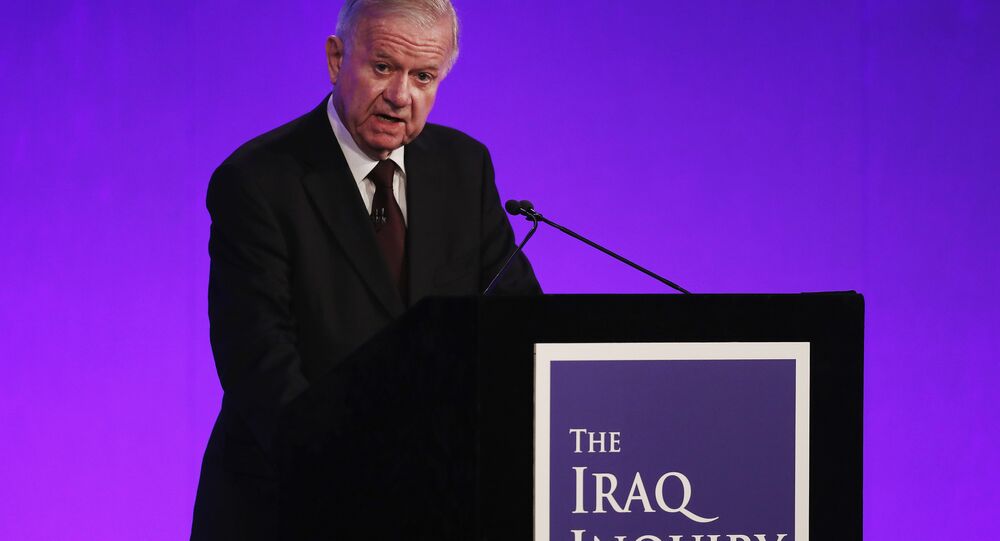 The Chilcot report revealed that the governments in the United Kingdom and the United States remain convinced they have the right and freedom to invade and reorganize any country they want to, historian and retired US Army major Todd Pierce told Sputnik.

WASHINGTON (Sputnik) — Pierce was commenting on the publication earlier on Wednesday of an official report from Sir John Chilcot on United Kingdom’s role in the 2003 Iraq War. The inquiry concluded that the UK decision to join the war was taken on the basis of flawed intelligence and assessments.

"Nothing changes: The elites in both countries are aligned in carrying their aggressive foreign interventions, as if each is back in its colonial heyday," Pierce stated on Thursday. "Small hiccups along the way won’t interfere with that."

Pierce said the Chilcot report confirmed many of the worst suspicions widely expressed back in 2003 about then President George W. Bush’s determination to invade Iraq and the support he received from then UK Prime Minister Tony Blair.

"While President George W. Bush was claiming during the buildup to the invasion that we are doing everything we can to avoid war in Iraq in fact, the US government was going to great lengths to ensure war."

Chilcot had produced "an indictment" of the Bush administration and other sources had revealed that Defense Secretary Donald Rumsfeld, his deputy Paul Wolfowitz and their teams had even more ambitious plans of subjugation and conquest across the Middle East, Pierce pointed out.

"That is that the US and UK governments decided to wage an aggressive war against Iraq, with the long term intent to attack six other Middle East countries for a total of seven, which would undergo regime change, as General Wesley Clark has revealed, " Pierce stated.

The United Kingdom remains under US influence today, especially on the subject of intervening in Syria, Pierce warned.

"The United Kingdom has not learned or it [still] needs to learn — how to get out from under the US thumb. But it also has its own aggressive proclivity as it always has, so the two complement each other in the worst way, to the detriment of the global community."

Pierce added that he did not expect the UK referendum vote on June 23 to leave the European Union would reduce London’s determination to follow the United States into more militaristic adventures in the Middle East and elsewhere.

"The people of the United Kingdom have had their positive moments, particularly when Parliament voted against war with Syria. But just like with the United States, that did not stop their clandestine units from waging war against Syria alongside their American counterparts."

The foreign policy establishment in the United Kingdom would retain its old prejudices and determination to remain the sidekick of the United States in future wars, despite the Chilcot revelations, Pierce concluded.