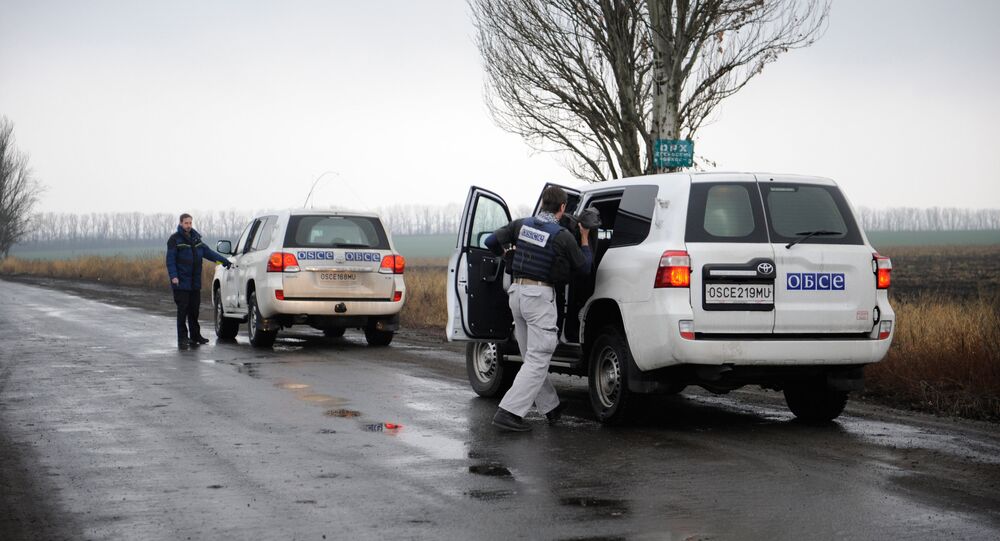 Ukraine accuses Russia of blocking the expansion of the Organization for Security and Co-operation in Europe (OSCE) mandate to the entire part of Russian-Ukrainian border that is not controlled by Ukrainian authorities, the country’s foreign ministry said.

KIEV (Sputnik) — Ukraine launched a military operation in the country's southeast in April 2014, after local residents refused to recognize the coup in Kiev that toppled then-President Viktor Yanukovich. After a peace accord was concluded between the sides to the conflict in Minsk in February 2015, the OSCE was tasked with monitoring the implementation of the deal provisions.

“… The ministry expresses regrets and indignation concerning one more Russian blocking the proposal to expand the mandate of this [OSCE] mission to the whole uncontrolled part of the Russian-Ukrainian border and in such a way to prevent further escalation,” the ministry’s statement said Thursday.

From Ukrainian point of view expanding the OSCE mandate on this part of the border is an inherent precondition for peace settlement.

“That is why the open Russian resistance to implementation of this important security element is a targeted reluctance to the peace process,” the ministry said.

At the same time the ministry welcomed the OSCE decision to prolong the mission’s mandate at Russian crossing points Donetsk and Gukovo.