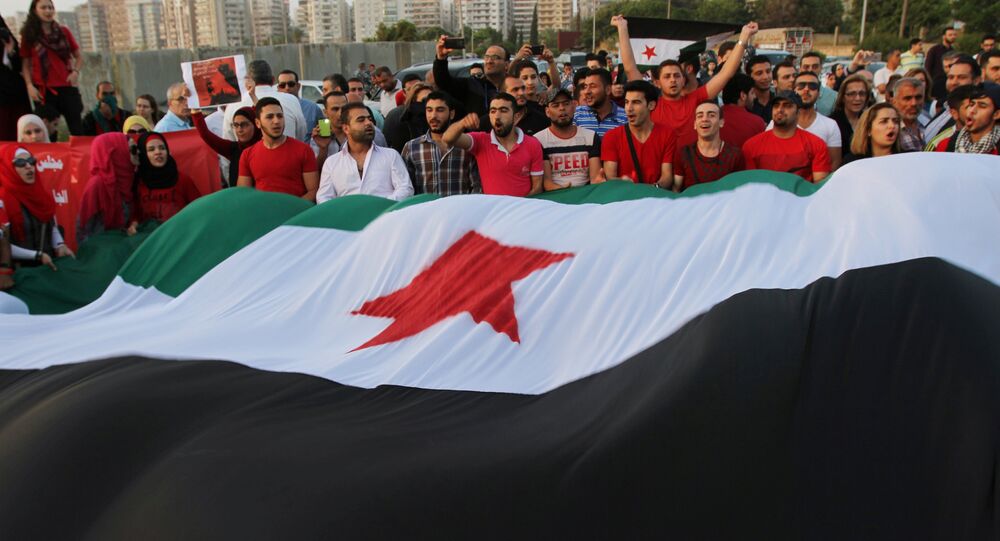 Representatives of the Syrian opposition groups have no chances to join the government until Geneva talks on Syrian reconciliation move forward, Mais Krydee, one of the leaders of the internal opposition Hmeimim group, told Sputnik.

© REUTERS / Omar Ibrahim
New Opposition Members Not Included in Newly Formed Syrian Government
MOSCOW (Sputnik) — Geneva talks were put "on pause" in early June due to the beginning of the holy month of Ramadan.

"The new government has no new group from the opposition. It cannot happen because Geneva dialogue has stopped. There needs to be progress on the political solution… There is war on the ground and everyone is trying to have victory. Because of this, the government will never take any part of the opposition to participate with them," Krydee said.

She said that, as the political process in the country had stopped, the government would not make any political step toward opposition for a while.

"The government will wait to have at least some progress on the political solution [at Geneva talks]," Krydee said.

© AFP 2019 / LEONHARD FOEGER / POOL
Russia the 'Gatekeeper' in Creating a Diplomatic Solution for Syria
She added that lack of access to the government was a serious problem for the internal opposition group, which is based inside the country and therefore willing to play an active role.

Another problem for the group comes "from the outside," as other opposition representatives, such as Riyadh-based High Negotiations Committee (HNC), are unwilling to see them as equal partners and recognize them as "real opposition."

The participants of the UN-mediated talks in Geneva include the Syrian government representatives and three opposition groups — the Riyadh-formed HNC, the Moscow-Cairo and the Hmeimim groups. At the latest round of talks in Geneva, the HNC walked out, citing the continuous fighting in Syria and the lack of progress on humanitarian issues.