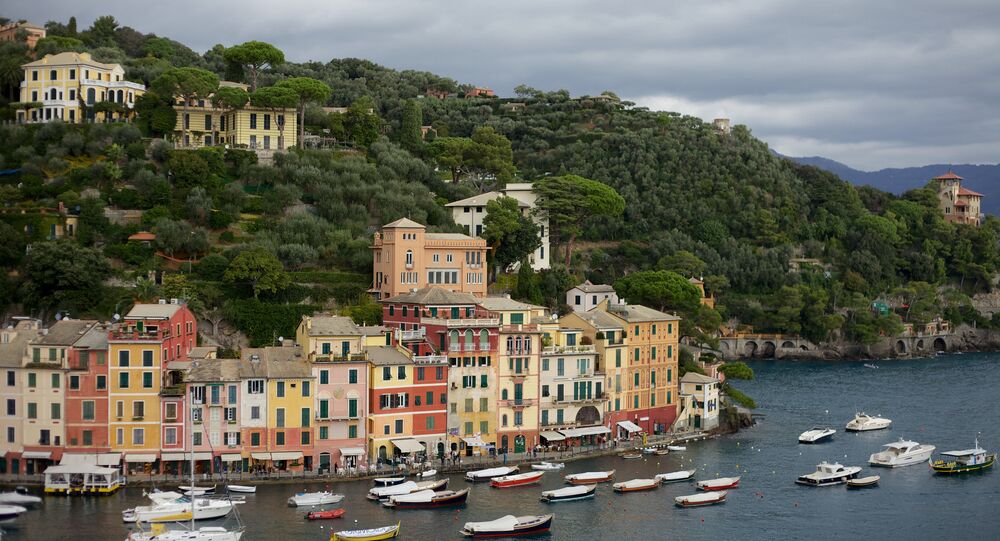 Italy's regional parliament in Liguria unanimously voted in favor of a resolution calling for the Italian government to recognize Crimea as part of Russia and lift sanctions against Moscow.

© Sputnik / Alexandr Vilf
Thousands Protest in Italy's Verona Against Anti-Russia Sanctions Extension
The resolution authorizes the regional authorities to appeal to the Italian government and the parliament of Italy as well as the EU authorities in order to review the relations between the EU and Russia.

In an interview with Sputnik, one of the authors of the resolution, head of the faction "Lega Nord", Alessandro Piana, said the party managed to achieve unanimous support for the resolution even among the supporters of the pro-government Democratic Party.

"After a lively discussion, all agreed that this is the position of the region of Liguria toward useless sanctions which are harmful to both Russia and Italy. So we managed to achieve the unanimous approval of the resolution, which in political terms has a higher value than a document adopted by a majority vote.

Earlier this week, the resolution was adopted by a wide margin, but failed to gather support among all political representatives.

Today, Italian newspaper La Stampa wrote that thousands of Italian farmers took to the streets of Verona to protest against anti-Russian sanctions. Protesters came from all over the Veneto region to oppose further confrontation with Russia.

According to Piana, the resolution calls for the creation of a special committee on the withdrawal of anti-Russian sanctions, and suggests that the national government should condemn the EU's foreign policy with regard to Crimea. The document also specifies that the anti-Russian sanctions imposed by the EU have cost Italy 3.6 billion.

"It is well-known that the decision of the regional government has no legal force. But on a political level, this initiative means a lot, and it is impossible to ignore it. And when a special committee is created in the National Parliament, we will see also more concrete steps in the future," the politician stressed.

© AFP 2021 / FILIPPO MONTEFORTE
Italian PM Slammed for 'Selling Himself to US' by Extending Anti-Russia Sanctions
According to him, the number of similar regional initiatives has grown.

"We hope that we will gain the support of the new mayor and the Rome authorities that recently won the election. The opinion of the citizens is important, and it can't be ignored. And we want all political forces in Italy to realize this!" Piana stated.

In 2014, relations between Russia and the European Union, including Italy, deteriorated amid the crisis in Ukraine. Brussels, Washington and their allies have introduced several rounds of anti-Russia sanctions over Crimea's secession from Ukraine and for Moscow's alleged meddling in the Ukrainian conflict. Russia has repeatedly refuted the allegations, warning that the Western sanctions are counterproductive.