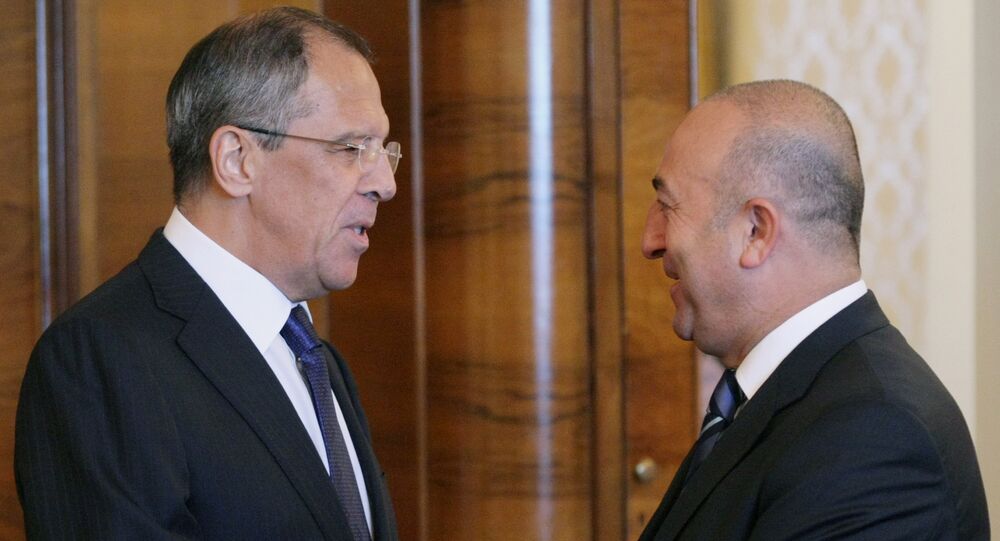 Russian Foreign Minister Sergei Lavrov on Friday expressed hope for renewed contacts between Russia and Turkey to set the right tone for further rapprochement between the two countries after Ankara's apology over the Su-24 downing incident.

"We hope that these contacts, taking place after the letter that president Putin received from President Erdogan following talks over the phone, will set the right tone for practical efforts on normalizing our relations," Lavrov said during the meeting with his Turkish counterpart Mevlut Cavusoglu.

The two ministers met on the sidelines of the ongoing session of the Organization of the Black Sea Economic Cooperation (BSEC) Council of Ministers of Foreign Affairs, taking place in the southern Russian city of Sochi.

"As you mentioned, your president spoke on the phone to our president. The conversation was very constructive, they instructed us to normalize relations and reach the due level of our relations. I am very happy for this opportunity to meet you. I think this summit is very successful, thank you for the invitation," Cavusoglu said ahead of the closed meeting.

Cooperation between Russia and Turkey in the anti-terrorism field is particularly relevant in light of the recent terrorist attack in Turkey's Istanbul, Lavrov said.

Lavrov stated that a decision had been made to resume the work of the two countries' working group on counterterrorism.

"The work of this group has been suspended for the last seven months, but we agreed today to promptly resume it," the Russian minister said.