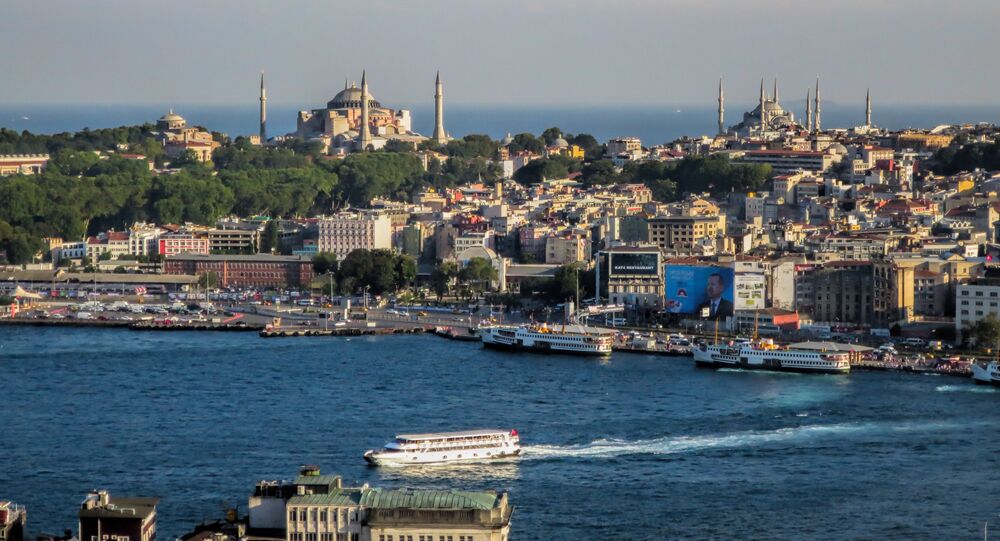 Turkey has long been accused of helping radical groups trying to overthrow President Bashar al-Assad, but Ankara appears to have made a U-turn and is now serious about tackling Daesh and resolving the Syrian conflict. This policy change prompted terrorists to carry out an attack at Istanbul's Ataturk Airport, Professor Hilmi Demir told Sputnik.

"Turkey has recently made a series of major steps with regard to the Syrian crisis and anti-Daesh fight," he said, citing remarks of the country's new prime minister as an example. In May, Binali Yildirim said that Turkey wanted to have more friends and needed to reduce the number of its enemies.

Turkey's previous prime minister, Ahmet Davutoglu, has largely been viewed as the architect of Ankara's strategy on Syria that was focused on ousting al-Assad and helping Syrian rebels come to power. This approach seems to have been replaced by something completely different. President Recep Tayyip Erdogan has recently made overtures to Moscow and Tel Aviv.

© AFP 2021 / STR / TURKISH PRESIDENTIAL PRESS OFFICE
Erdogan's Policies to Blame for Istanbul's Airport Attack - Turkish Journalist
Erdogan's decision to mend ties with Russia and Israel is part of Turkey's new foreign policy vision, Professor Demir added. But it appears to have come at a cost. "Daesh has clearly been deeply concerned with these developments. [These worries] played a major part in making a decision to carry out" the latest terrorist attack in Istanbul.

The suicide bombing, the first of its kind at a Turkish airport, took place on June 28, leaving 43 killed and more than 230 wounded. Although Daesh has not claimed responsibility for the assault, authorities and experts agree that indirect indicators suggest that the brutal group is behind it.

"This group's motive could have been to intimidate Ankara because of its Syrian policy choices and sharp U-turns in relations with Russia and Israel, sending Ankara the message: 'Watch out. If you push us, you will pay a high price,'" he said.

© REUTERS / 140journo
A view of the entrance of the Ataturk international airport after two suicide bombers opened fire before blowing themselves up at the entrance, in Istanbul, Turkey June 28, 2016.

Both experts also pointed out that terrorist attacks in Turkey are increasingly carried out by local Daesh cells that "are not fully under the hierarchical command-control chain of IS," as Gurcan put it. Professor Demir described these individual groups as "more flexible."

In his opinion, Turkey and the rest of the world are not prepared to deal with this type of threat.

In this context, "we need to come up with a new anti-Daesh strategy," Professor Demir noted. The terrorist group "has a multilevel, hybrid structure that is more complex than that of al-Qaeda. It's therefore extremely hard to tackle these groups employing traditional methods that were efficient against al-Qaeda."

© REUTERS / Murad Sezer
Istanbul Terror Attack Carries ‘Two Main Messages’ by Daesh
The analyst called for a comprehensive strategy that would include political and cultural components in addition to military and law enforcement efforts.

"We need to understand how Daesh and similar terrorist organizations recruit young people," he said. We also need to find out "what role political and cultural factors, as well as religious education and social networks, play in this process."