Presumptive Republican US presidential nominee Donald Trump has once again affirmed his support for torture, even proclaiming that waterboarding “isn’t tough enough.” 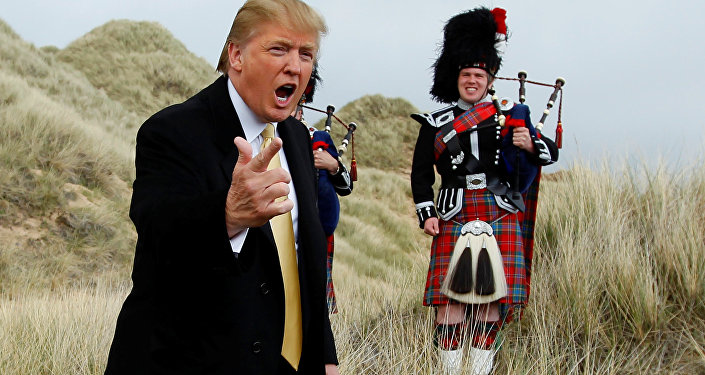 © REUTERS / David Moir/File Photo
Democrats Accuse Trump of Putting Personal Interests First in Supporting Brexit
Speaking at his rally in St. Clairsville, Ohio, on Tuesday, Trump asserted that he would be extremely tough on Daesh, also known as IS/Islamic State, and would support torture in an effort to defeat the terrorist group.

"We have to fight so viciously and violently because we're dealing with violent people,” he said.

Trump then dove into specifics, expressing that while he supports waterboarding, he wants to use even harsher tactics.

"What do you think about waterboarding? I like it a lot," he told the cheering crowd. "I don't think it's tough enough."

Trump has previously expressed his support of torture, vowing during a primary debate to utilize the tactic — and worse.

Trump’s statements ignore scores of research and studies that show torture is not an effective means for gathering information.

© Flickr / Cyril Attias
Declassified CIA File: 9/11 Mastermind Stopped Providing Intel After Torture
As Sputnik previously reported, a study conducted by Shane O'Mara, a professor of experimental brain research at the University of Dublin's Trinity College and director of its Institute of Neuroscience, a constant state of stress induced by various torture techniques, from waterboarding to sleep deprivation, creates a negative physiological effect. Torture cause a part of the brain called the hippocampus to shrink and fail, which has an adverse effect on memory and other functions.

This consequently causes the victim's mind to focus only on functions essential to survival, suppressing any other thoughts or emotions.

In a book based on his research, O'Mara argues that any action that causes a victim's brain to undergo a constant state of stress "destroys the fabric of memory" itself, rendering torture useless.

"It is just about the worst possible means of retrieving information from people's memories," the book concludes.

Despite the evidence pointing to torture’s ineffectiveness, polls have shown that two-thirds of the American population believe the practice can be justified at times.