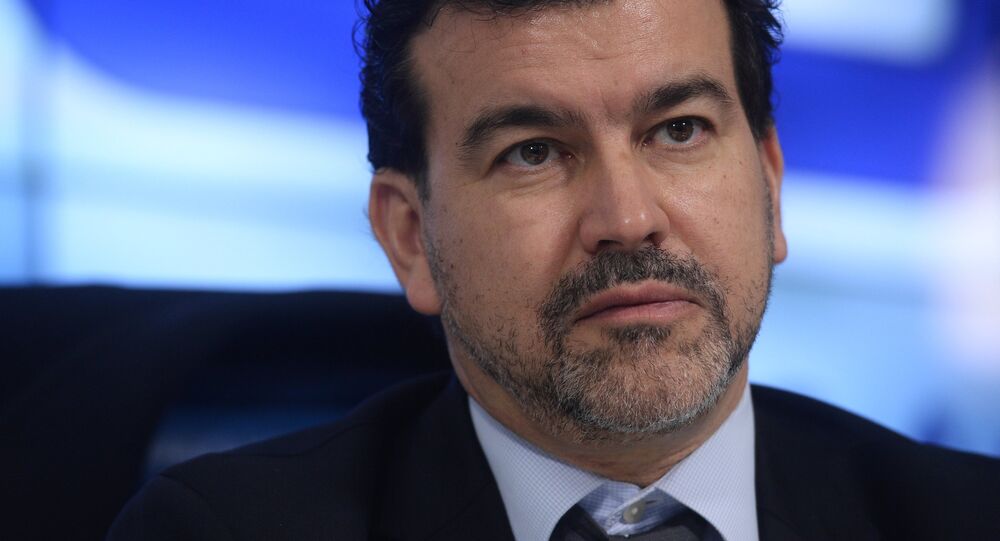 Turkey is eager to restore ties with Russia after realizing it is unable to pursue and benefit from "the double game" with Daesh and feeling the need to restore credibility in foreign policy, a member of the French National Assembly's Defense Committee told Sputnik on Wednesday.

© AFP 2021 / Ozan Kose
Your Friends Are My Friends: Rapprochement With Russia ‘Will Lead to Turkey's Cooperation With Syria"
MOSCOW (Sputnik) — On Monday, Turkish President Recep Tayyip Erdogan sent a letter to Russian President Vladimir Putin to express regret and condolences for the November 2015 downing of a Russian Su-24 in Syria by Turkey. On Wednesday, the two leaders had a phone conversation for the first time in more than seven months.

"Turkey, probably, has understood that the game has changed in Syria and they cannot continue their double game concerning IS and they have realized the need to restore some amount of credibility concerning foreign affairs and diplomacy," Nicolas Dhuicq said.

Erdogan has been previously accused of involvement in illegal oil trade with Islamic State.

The French lawmaker believes that another reason for Erdogan’s gesture aimed at mending ties with Moscow was of economic nature.

"We know that Turkey has no crude oil that is why Erdogan had an agreement with the Kurds from the northern Iraq. However, the growing Turkish economy still needs energy resources. Russian economy, in its turn, cannot afford waging an economic war on the second Turkish front," he said.

In his letter to Putin, Erdogan also said that a judicial investigation was underway against a Turkish citizen said to be involved in the death of a Russian pilot of the downed Su-24. Following the Wednesday telephone conversation with Erdogan, Putin ordered the government to prepare to lift administrative restrictions against Turkey in tourism field.

US Stands in ‘Strong Solidarity’ With Turkey After Airport Attack - DoS