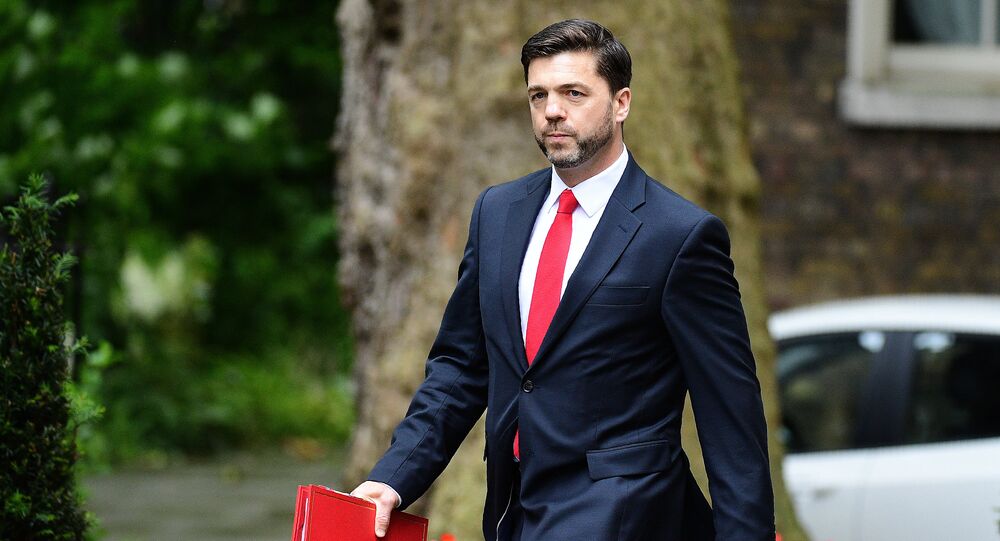 UK Work and Pensions Secretary Stephen Crabb on Wednesday announced his bid to become the new prime minister and the new leader of the Conservative party.

© REUTERS / Peter Nicholls
Ex-London Mayor Boris Johnson Prepares for Tories Leader Bid
MOSCOW (Sputnik) — UK Prime Minister David Cameron, who led the Remain campaign in the country’s vote on leaving or staying in the European Union, announced his resignation after the nation decided to leave the bloc in a referendum on Thursday.

He is expected to step down in October, while the new prime minister is set to be elected in September.

"Today I'm standing to be leader of the Conservative Party and to be prime minister… I love my country. I love my party," Crabb said at a press conference, as broadcast by the Sky News television channel.

He added that he would be running with Conservative member Sajid Javid, who would serve as his chancellor, while his Attorney General Jeremy Wright was at the moment his campaign manager.

Crabb stated that he was opposed to the idea of a second referendum on UK membership in the European Union.

"There can be no continuity Remain campaign to subvert the process of our exit from EU," Crabb stressed.

According to the politician, the United Kingdom should remain close to Europe, but the "supremacy of EU law" should end.