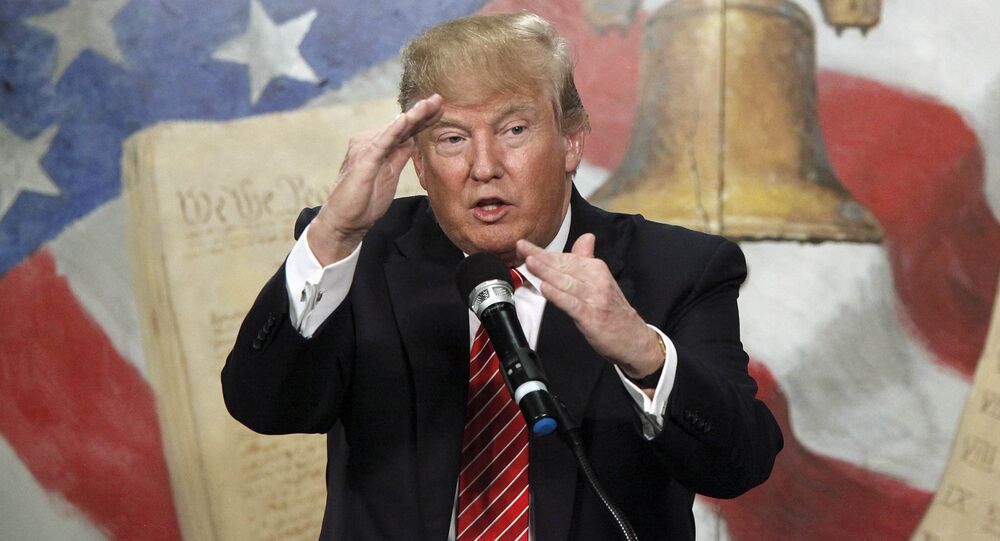 Is the Brexit vote a herald of Donald Trump's upcoming victory in the US presidential election? American journalist Brian Kaller points to the fact that Brexit proponents have much in common with Trump supporters, in both demographics and frustrations.

The United Kingdom's "Brexit" vote may presage a Trump victory this November in the United States, US journalist Brian Kaller believes.

"The UK has often been just a little ahead of the USA; Thatcher preceded Reagan, and Corbyn preceded Sanders. Moreover, Brexit supporters share a lot in common with Trump supporters, in both demographics and frustrations," Kaller writes in his article for the American Conservative.

"The UK and USA are global powers somewhat in decline, with the UK obviously some decades ahead," he remarks.

© Flickr / Rareclass
Analyst: Britain Will Do Better Without EU, No 'Doomsday' for UK
According to Keller, both Brexiters and Trump supporters promise to make their country "great again," reduce immigration, bring back local industry, and "toss aside foreign entanglements."

Furthermore, although both movements are dubbed "far-right," they are actually more about "class," the journalist notes, adding the elites of both countries seriously underestimated the two phenomena until the last moment.

This backlash against elites in the UK was predictable, Robert Parry notes in his recent article for Consortiumnews.com, calling Brexit a "splash of ice water in the face" of the West's insular and unaccountable establishment.

"The American election — like the 'Brexit' referendum — may come down to whether voters feel more comfortable sticking with the status quo at least for a while longer or whether they want to blow up the Establishment and gamble on the consequences," Parry remarks.

For his part, American author Robert W. Merry suggests that the victory of the "Leave" campaign in the UK and the Trump emergence are "part of the same Western phenomenon" — a backlash against the elitist globalism.

Peter Weber of TheWeek.com also believes that the victory of the "Brexit" vote in the UK is a sort of a harbinger of Trump's potential victory.

"Now that the United Kingdom has officially decided to go, it's almost impossible not to think about Donald Trump," Weber writes in his op-ed entitled "Why Brexit should scare anti-Trump Americans."

© AFP 2021 / Chris J Ratcliffe
UK Turns to Trump, Says Good Riddance to 'Disastrous, Bankrupt' EU
"America has its own big decision coming up, and if you are a supporter of Trump, Britain's decisive vote to leave the EU is glad tidings, a ray of sunshine after a few weeks of soupy London fog. If you don't want Donald Trump to be president, the Brexit vote is a wake-up call," the journalist points out.

Citing YouGov pollster's findings, Weber calls attention to the fact that support for exiting the EU "steadily rose with each age bracket." Remarkably, almost 75 percent of those aged 18-24 voted to stay, and more than half of 25-49-year old also joined the "Remain" camp. However, only 44 percent of the 50-64 age group and 39 percent of those 65 and older decided to stay in the European Union.

​"If older Britons are proving less risk-averse than the young, there's no reason to think America's most reliable voters are immune to change fever," Weber emphasizes, referring to the fact that while Hillary Clinton represents more or less a continuation of President Obama's political course, Donald Trump "inarguably represents change."

It is hard to predict the outcome of the US 2016 presidential campaign. But it is clear that Brexit has marked a tremendous shift in the established world order that will undoubtedly affect global politics.