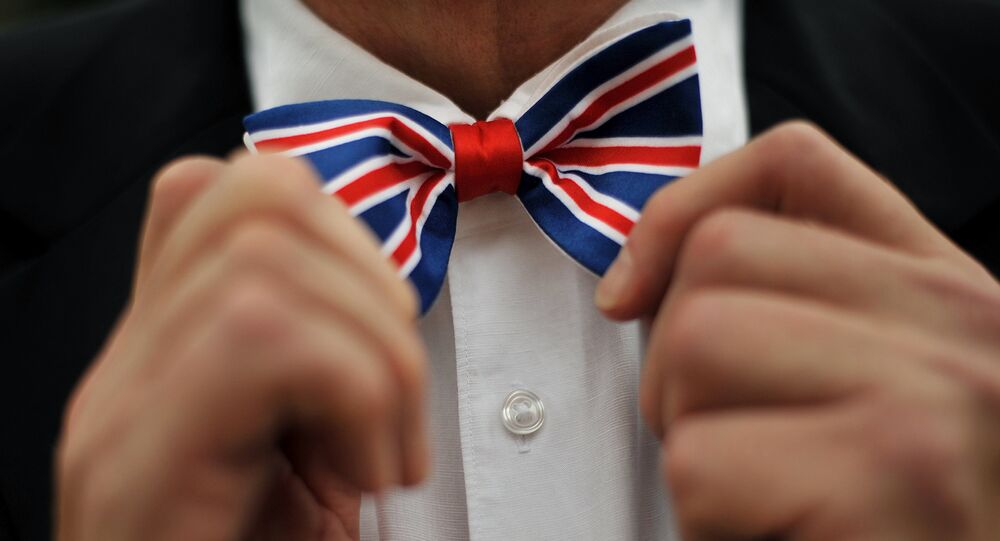 The United Kingdom's "Brexit" has become a "splash of ice water" in the face of the West's insular, elitist and unaccountable establishment, US investigative reporter Robert Parry writes.

The "Brexit" vote has become a de-facto refection of the frustration and dissatisfaction felt by many towards the Western elites' inconsistent and disastrous policies in Europe.

"The West's powers-that-be, in both the United States and the European Union, too often display contempt for real democracy, maintaining only the façade of respecting the popular will, manipulating voters at election time with red-meat politics and empty promises — before getting back to the business of comforting the comfortable and letting the comfortable afflict the afflicted," American author and investigative reporter Robert Parry writes in his article for Consortiumnews.com.

© Sputnik / Alexey Filippov
'Referendum Fever': Eurosceptics Call for Exit Votes Throughout EU
The author calls attention to the fact that Britons voted for "Brexit" regardless of obvious short-term economic pain and potential long-term geopolitical risks they are likely to face.

"In the stunning 'Brexit' vote — with 52 percent wanting to abandon the 28-nation European Union — UK voters rejected the West's politics-as-usual despite dire warnings about the downsides of leaving," he underscores.

The crux of the matter is that the West's establishment has grown "corrupt" and "arrogant," Parry notes, adding that average Europeans and average Americans have lost their faith in so-called "neutral technocrats" and "experts" imposed on them by the elite.

The pockets of these "objective scholars" are "lined with fat pay checks" from "prestigious" think tanks backed by the omnipotent US military-industrial complex and financial establishment of Wall Street and The City.

"Despite the establishment's self-image as a 'meritocracy,' its corrupted experts and haughty bureaucrats don't even demonstrate basic competence anymore. They have led Europe and the United States into catastrophe after catastrophe, both economically and geopolitically. And, there is another troubling feature of this establishment: its lack of accountability," Parry stresses.

© Sputnik / Grigoriy Sisoev
Britain's Tongue-Lashing: Brexit Could Cost the English Language Its Clout
Indeed, he notes, no one has yet been held accountable for the disastrous Iraqi War of 2003, let alone "regime change" messes from Libya to Ukraine and Syria. Furthermore, the West's political establishment continues to propagate even more belligerent foreign policies, enjoying "impunity for their crimes and incompetence."

"The majority essentially slapped down the UK elites that, like the elites of just about every country throughout the West, have been undermining the traditional culture of Western civilization with a sneering attitude toward those who wished to preserve the values and mores of yore," Merry points out.

He highlights that "Europe's seventy-year march toward integration" has led to uncontrolled immigration, economic stagnation and a loss of national identity.

© REUTERS / Clodagh Kilcoyne
TTIP Tipping Point: Brexit 'Deals a Serious Blow' to US-EU Agreement
"Add to that the steady erosion of democratic structures as EU countries ceded more and more control over the lives of their citizens to nameless and faceless bureaucrats in Brussels whose constant preoccupation is the stealthy accumulation of political power — a mission at which they are brilliant," Merry stresses.

The established status quo does not work in the West anymore and neither does the globalist approach.

Nationalism is replacing globalism in the West, the author believes.

"Nationalism is the cry of ordinary people who don't hang out at Davos [World Economic Forum Annual Meeting] and who wonder why their cultural heritage is under such attack in their own lands," Merry reveals.

While Britons rebel against the globalist elite that is undermining the UK's sovereignty, a strikingly similar process is going on in the United States: American presidential candidate Donald Trump has stolen the show with his anti-globalist agenda in the country.

"The Brexit vote and the Trump emergence are part of the same Western phenomenon — a gathering backlash against globalism and the antinationalist forces that dominate elite institutions such as big news organizations, universities, think tanks, NGOs and governmental bureaucracies," Merry explains.

"The status quo is broken. Old structures are crumbling. The West is in a crisis of the old order," the American writer concludes.