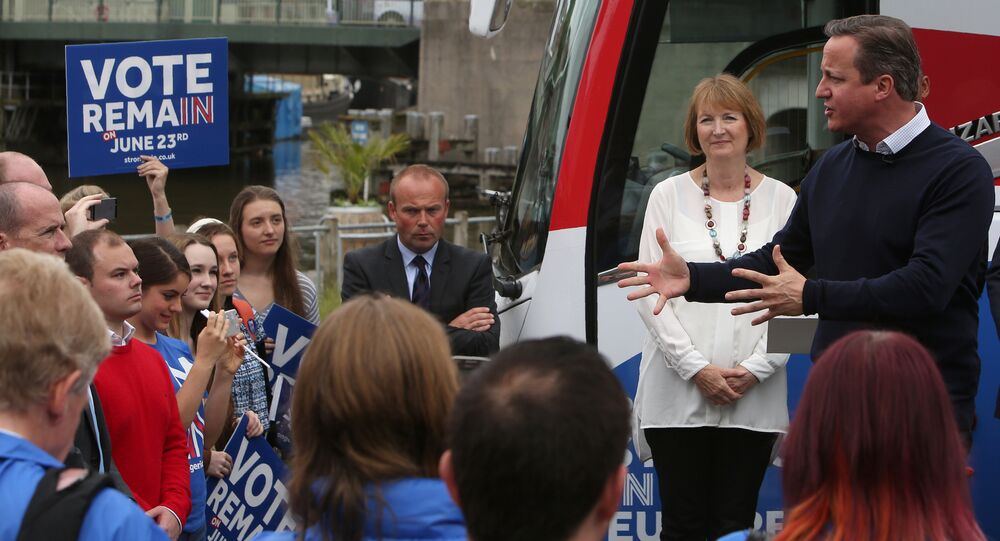 Brussels and London may have to spend more than two years to complete the Brexit procedures set out in Article 50 of the Treaty of the European Union, Russia's Permanent Representative to the European Union Vladimir Chizhov said Friday.

BRUSSELS (Sputnik) – On Thursday, the United Kingdom held a referendum to determine whether or not the country should leave the European Union. According to the final results, 51.9 percent of voters, or 17.4 million people, decided to support Brexit, while about 16.1 million opposed it.

"Quite a considerable period has been allotted – two years [for completion of UK withdrawal process]. However, nobody may probably be certain that they will keep within these two years," Chizhov told reporters.

According to the Russian envoy, it is unclear to what extent the UK citizens want to speed up this process.

"Russia never interfered in this process and has always proceeded from the assumption that the referendum, as well as any other referendums in other countries, is a sovereign affair of the peoples who are involved in the referendum," Chizhov added.